David Gray was born in Manchester in 1970. By The time he was nine years old he had moved to Wales with his family whew he was raised until he left to study at the University of Liverpool. He began playing in punk bands where he lived and also played in a few bands while at college where he began to experiment with a more poetic form of writing. After Liverpool he moved to London where he could be closer to the action and the heart of the music business. Here. he signed to Hut records in the UK and Caroline In the U.S. His first release followed shortly afterwards ' the single 'Birds without Wings ' in 1992.

His debut album, A Century Ends was released to great acclaim in the first half of 1993- ten tracks of anger, love, passion and just about every other emotion you can think of. It has become a classic In its own right and succeeded in winning over a core of loyal followers who have stayed with him ever since. Following a full tour of Europe. David returned to record his second album Flesh which was released in 1994. Continuing to work with Hut in Europe under the Virgin umbrella, however, a lack of support from the label eventually lead to him being dropped from the label. He was quickly snapped up by EMI records. Meanwhile his profile and popularity In Ireland began to rise rapidly. "No Disco" (Network 2's groundbreaking) alternative music programme hosted by the now legendary Donal Dineen) played his videos constantly as well as showcasing his live potential in televised sessions.

Gray's third album Sell, Sell, Sell, was released by EMI in 1996. For some reason the release was restricted to the UK and Ireland despite mainland Europe crying out for more of his material. Live performances continued to be David Gray's forte.

Enabling him to build up a gigging reputation that is second to none, and causing him to sell out venues whenever he tours. Additionally, his reputation won him a series of prestigious support slots with the likes of Radiohead to Dave Matthews.

Gray's fourth and most recent album, White Ladder. was self financed, recorded in a London Flat with the windows open and the trucks rumbling past, and is released in his own label IHT. It owes as much to the sampler as to the guitar but retains David's distinctive touches, the wishful vocals and sublime melodies.

White Ladder went straight into the Irish Top 30 And shot up the charts as his sold out December Tour of Ireland wended its way around the country. Meanwhile, 5 tracks from the album provided the backbone for the soundtrack of Kathy Burke's new film, " This Year's Love."

As the world eased itself into 1999, "This Year's Love" was released as the first single from "White Ladder". The album refused to leave the Irish charts. "Babylon" was the second single taken from the album and was followed by sold out 4,500 capacity headline gig at the Big Beat Festival in Galway in July which only served to emphasize David's rneteoric rise and brought the album into the Irish top 5(11 months after release)

David's Slane warm up gig at HQ sold out in 48 hours, the performance at Slane Castle with Robble Williams and Stereophonics went down a treat:David won a Heineken Hot Press award in 'Guest of the Nation' category and finished off the year with a new single 'Please Forgive Me'. The video was A listed on MTV UK & Ireland. The single, which received the remix treatment from Paul Hartnol of Orbital fame, went down a storm at clubs in Ireland and the UK.

David returned for a full Irish tour in December 1999, culminating in an astonishing gig at the Point Depot on December 22nd...all gigs again Sold Out. White Ladder had already reached 90,000 sales (6 times platinum) and reached no 1 In the Irish album charts on 14th January 2000. more than a year after its release. It remained in the top slot for five weeks. 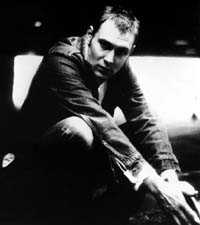