By age 21, Californian vocalist Colbie Caillat had evolved swiftly from an aspiring R&B/folk singer to a pop sensation, a feat that owed as much to the marketing assistance of /Myspace as the meteoric popularity of her debut single, "Bubbly." Caillat's childhood was spent in Malibu and Ventura County with her father Ken Caillat, an established audio engineer who helped produce Fleetwood Mac's Rumours and Tusk. Songs were often mixed at the console in her Malibu beach house, filling the corridors with the sounds of Billy Idol, Pat Benatar, and other '80s pop/rock. Caillat took piano lessons as a child, but lacked significant inspiration until she turned 11 years old and became enthralled with Lauryn Hill's performance in Sister Act 2. Immediately realizing that she wanted to be a singer, she started taking vocal lessons and soon met Mikal Blue, a producer who had previously worked with Five for Fighting and Carrie Underwood. Blue hired her to sing on several techno songs that were to be used in runway models' shows, and the two cultivated a professional relationship. At 19, Caillat picked up an acoustic guitar, and the two recorded the first song she composed.

As the collaboration thickened, Jason Reeves entered the picture and lent his artistic know-how to the songwriter's developing skills. Caillat wrote the basic melodies, often composing in her bathroom due to the reverb-heavy acoustics, and would then receive artistic input from Blue and Reeves. She posted several of her finished songs on /MySpace, although little response was generated until Caillat uploaded a breezy, hook-laden track named "Bubbly." As word of mouth spread, her /MySpace page began pulling in a few thousand hits a day; after she had accumulated 6,240 friends, Rolling Stone highlighted her as one of the top female artists on the networking site. For four months, Colbie Caillat was /MySpace's number one unsigned artist, garnering over 14 million plays in the process. With such an appealing statistic on her résumé, record labels began courting the photogenic singer, and she signed to Universal Republic as her number of online friends surpassed the 100,000 mark.

In July 2007, Colbie Caillat made her major-label debut with Coco, a summertime record suitable for both the coffeehouse and the beach. "Bubbly" topped the singles charts in several formats, transforming the singer from an internet sensation to a mainstream presence. Coco spun off two additional singles while climbing to platinum status, and Caillat celebrated her star success by duetting with Jason Mraz, touring with John Mayer, and collaborating with Taylor Swift. Two years after Coco's release, she returned with a second album, Breakthrough, and scored another Top 40 hit with "Fallin' for You." Jason Lymangrover, Rovi 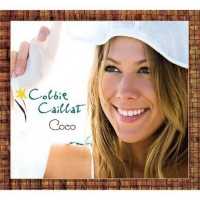