All three of the band members had a strong musical upbringing. Andrew and Stevens mother is a classically trained Pianist, and Richards parents travelled around singing and playing Folk songs on both Piano and Guitar. Andrew and Steven would spend hours at a time listening to their fathers Jazz records from a very young age, although it was a few years before any of them discovered their true calling in Rock music.

In November 1996, highschool friends Andrew and Richard decided to form their own Rock band. Both could play the Guitar, but knew it would take more than that to create the true Rock sound. The first thing they wanted to add to their sound was Drums. After drawing straws, it was decided that Richard would lay down his Guitar and pick up the sticks. He had his first lesson just three days later.

Just two weeks on from the creation of the band, they held their first rehearsal. Andrew arrived with younger brother Steve in tow. It seemed the two brothers had written a song together, and as the rehearsal went on, it came clear that Steve also had a pretty good voice.

The band was now nearly complete; just one thing left to find. A Bass player. The band quickly realised they were not going to find a new band member, and so presented Steve with a Bass and completed the line-up.

After a few years spent practising in a teeny garage, and playing around the local area, (Cape town, SA), they decided to head over to the States in an attempt to hit the big-time. In August 2005, they arrived in Los Angeles, and performed several shows to a large (and growing larger) number of quick-found fans. They began to attract industry attention, and in October 2006, signed with One October (Indie Entertainment).

March 2007 saw the band in the studio, recording their first album. Just one month later, it was finished. Creativity in the studio peaked. Half the original planned material was ditched, and new songs made right there during recording.

The album 'Human' was released in January '08. 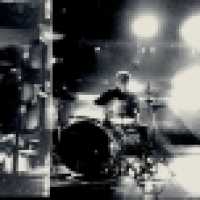