At the tender age of just three years old, Chantal Kreviazuk was busy creating her own little melodies on the family piano. She seemed to have been born with a passion for music. In her younger years, she studied at the Royal Conservatory of Music and entered several competitions. Winning a numerous amount of awards.

But as the years went by and she entered high school, the pressure of being a young teenage girl had its mark on her love of music. She quit going to the Conservatory and eventually seem to give up the idea of ever pursuing her music career. But in the early 90s she registered at the University of Manitoba, focusing on a career in art studies.

During the summer before her junior year, a traumatic event brought the singer back to her first love. During a vacation in Italy in 1994, Chantal was seriously injured in a moped accident. She broke her jaw, her left femur and mangled her left arm. She spent the next three months in an Italian hospital. Upon returning home, Chantal faced a horrifying reality. No longer could she walk or talk like before. She spent much of her time rehabilitating back in Winnipeg and writing the songs that would form her first album.

Over the next little while, Chantal found herself recording her first demo CD and joining forces with Danny Schur and Chris Burke-Gaffney. It was after she got out of the hospital for emergency surgery on her jaw, that Chantal first found out her demo had been sent to Sony music, resulting in a record contract. The result was Under These Rocks and Stones. Her debut album received critical praise and struck a chord with people all over North America. Her singles, Surrounded, God Made Me and Believer with huge successes with all her fans.

What followed was a tour opening for Savage Garden, Amanda Marshall and then performing for Lilith Fair. Chantal kept busy over the next two years doing performances often with just her piano as company.

After the success of her first album, Chantal found herself conflicted with writer's block in the winter of 98/99. Then Chantal found her inspiration in a young girl named Mina, who was diagnosed with a terminal illness. For six months, Chantal found herself sharing the last days of Mina's life. She passed away in June of 1999. But Chantal let her live on through a beautiful song released on her sophomore album, Colour Moving and Still. The sixth track on the album was written for Mina, entitled M.

Colour Moving and Still finally all came together in the winter months of 1999. Her first single off the record "Before You," came from a struggle of album jitters that Chantal found herself in. While her producer Jay Joyce played around on the guitar, Chantal heard something that struck her. Eventually they put together the feel good song that became a huge success for Chantal in 1999.

After so much pain and personal growth, Chantal has found peace at last. In December of last year, she married her boyfriend of three years, Raine Maida. They are currently composing the soundtrack for a silent movie. 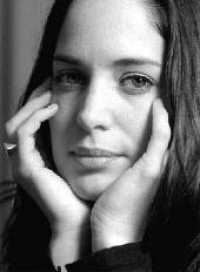