A show rather than a group, Celtic Thunder was conceived by Sharon Browne and written and arranged by Phil Coulter and designed as a contemporary exploration of Celtic music, which means it falls to the pop dance side of the spectrum more than it does to the traditional side.

The show was staged, recorded, and filmed in Dublin in August of 2007 and featured five male vocalists, Damian McGinty (only 14 years old when the show was recorded), Keith Harkin, Paul Byrom, Ryan Kelly, and George Donaldson, rotating leads through a set of traditional and contemporary songs, several of them written by Coulter.
A CD and DVD of the event appeared from Decca in 2008. ~ Steve Leggett, All Music Guide 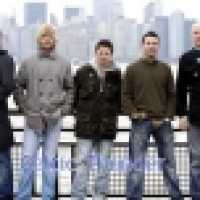