Carola Maria Häggkvist (born 8 September 1966), better known as simply Carola, is a Swedish singer and occasional songwriter. She has been among Sweden's most popular performers since the early 1980s, and has released albums ranging from pop and disco to hymns and folk music.[1] Her debut album, Främling, sold around one million copies and remains the biggest-selling album in Swedish music history.[2] She has also worked as a songwriter. During her 25-years long career, she has recorded many top-selling albums and singles and is of many referred to as Sweden's most prominent female singer. Some of her biggest hits include Tommy tycker om mig from 1984, All the reasons to live from 1992, I believe in love from 2001 and Genom Allt from 2005.

Häggkvist has represented Sweden at the Eurovision Song Contest on three occasions: in 1983, finishing third; in 1991, winning the contest outright; and in 2006, finishing fifth. 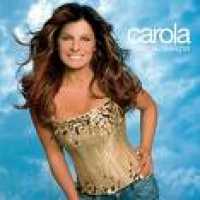