Carla Bruni was born on December 23, 1968 in Torino, Italy. Her mother was a pianist & her father was a composer, so she loved music early. Her sister is the actress Valeria Bruni-Tedeschi. She started her career as a model, being one of the most photographed women in the world. She was the star of famous fashion companies. But behind the model, there was a singer.
Her voice, a guitar & nice texts were on her first album, released in 2002, Quelqu'Un M'A Dit. The beautiful Italian woman is also a songwriter, she wrote "Si J'Etais Elle" for Julien Clerc. On France's Music Day in 2003, French Culture Minister Jean-Jacques Aillagon decorated Carla "Chevalier Des Arts Et Des Lettres". In 2007, she was back with a new English album, No Promises, with 11 blues/rock/folk songs & her nice voice. In December 2007, French media were interested in Carla Bruni & French President Nicolas Sarkozy's relationship & on February 2, 2008, she married him. In July 2008, she released her third album Comme Si De Rien N'Etait. 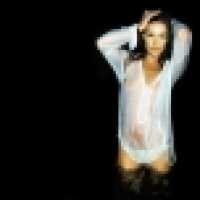