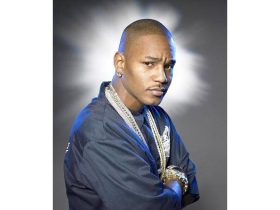 Cam'Ron takes fans to Miami beach in a music video supporting his track Speaking in Tungs. He is relaxing with his male pals and wooing a throng of bikini girls to join them. From the beach, they then expand the fun to a club.

Rapper Vado who lends his vocal on the track is also featured in this clip. "It was a good look, because that was my first official video, and it was with the big homie Cam," he told MTV. Of the track meanwhile, he had this to say, "[It's] about partying, living the Harlem life. Ballin'."

"Speaking in Tungs" is expected to appear in "Cam'ron Presents the U.N: Gunz N' Butta", a joint track with Vado which is due August 31 in United States.