(b Alvis Edgar Owens Jr, 12 Aug. '29, Sherman TX) Country singer, guitarist, bandleader; one of the most successful of the post-war decades. The family moved to Arizona '36; he worked as farm labourer, married '48: son Buddy Alan is a country singer; see Bonnie Owens, above. Buck and Bonnie appeared on KTYL radio in Mesa, Arizona as part of The Buck And Britt Show; he formed Mac's Skillet Lickers, playing Arizona clubs. Working as a truckdriver between Arizona and the San Joaquin Valley '50-51 he decided to move to the West Coast and became lead guitarist with the Bill Woods band '51-5, leading to session work with Sonny James, Wanda Jackson and Tommy Collins; he toured in Collins's band, made early recordings (album Blue Love), then signed with Capitol '57. His first country chart hit was 'Second Fiddle' '59, then top ten hits 'Under Your Spell Again' '59, 'Above And Beyond' '60, 'Foolin' Around' '61, 'Under The Influence Of Love' '62. Duet hits with Rose Maddox included 'Mental Cruelty', 'Loose Talk' '61. He enjoyed 39 chart hits '60s with 19 at no. 1, including 'Act Naturally' '63 (covered by the Beatles), 'Together Again' '64, 'I've Got A Tiger By The Tail' '65, 'Open Up Your Heart' '66. With a fast-tempoed, heavily accented brand of instrumentation from his band the Buckaroos, his clear, ringing tenor and an earnest, almost pleading style, he had the most distinctive country sound of the '60s.

The Buckaroos were formed '60, including Don Rich (b 15 Aug. '41, Olympia WA; d 17 July '74, Morro Bay CA in motorcycle accident), a guitarist and fiddler with a high, piercing vocal style who qualified as a music teacher before joining Owens '60, wrote songs including 'Waiting In Your Welfare Line', a no. 1 Owens hit '66. Rich teamed with Buddy Alan for top 20 hit 'Cowboy Convention', duet LP We're Real Good Friends '70-71; had his own hits as leader of the Buckaroos; CMA named him Instrumentalist of the Year '74. Bassist and comedian Doyle Holly (b 30 June '30, Perkins OK) was a Buckaroo '63-71, following a spell with Johnny Burnette band '61-3; he formed his own band the Vanishing Breed '71, later signed with Barnaby, had hits 'Queen Of The Silver Dollar' and 'Lila' '73, album Doyle Holly '74 prod. by Waylon Jennings, Ray Stevens and Tompall Glaser. Steel guitarist Tom Brumley (b 11 Dec. '35, Powell MO) is the son of Albert Brumley, author of 'Turn Your Radio On' and 'I'll Fly Away'; joined Buckaroos '63, went to Rick Nelson's Stone Canyon Band '63-76, then to session work. The Buckaroos were CMA Instrumental Group of the Year '67-8, along with Owens the innovators of the West Coast, California or Bakersfield sound; Owens formed Blue Book Music, Omac Artists, Buck Owens Studios. The town was called Buckersfield.

Owens owned several radio stations, had a syndicated TV show Buck Owens Ranch House '66-72, co-hosted TV's Hee-Haw with Roy Clark. He had initial doubts about performing at Carnegie Hall, wondering if there were enough country fans in New York City, but his appearance there ’66 was a sensational success and became a hit album. He had a duet hit with Buddy 'Let The World Go On A-Turnin'' '68; Buddy had hits 'Lodi' and 'Big Mama's Medicine Show' '69-70; Owens's hits slipped in '70s. Duets with Susan Raye included 'The Great White Horse' '70, 'Looking Back To See' '72; solo hits included 'Ruby (Are You Mad)' '71, no. 1 'Made In Japan' '72, 'On The Cover Of Music City News' '74. He signed with WB '75, had minor hits, returned to top ten with 'Play Together Again, Again' '79, a duet with Emmylou Harris. Albums included Dust On Mother's Bible '66, It Takes People Like You To Make People Like Me '68, Tall Dark Stranger '69, Bridge Over Troubled Water '72, Too Old To Cut The Mustard '72 (with Buddy), all on Capitol; Buck 'Em '76 and Our Old Mansion '79 on WB. His classic hits were widely covered; self-confessed Owens fanatic Dwight Yoakum joined his idol on 'Streets Of Bakersfield' '88 for a no. 1 country hit and that year Owens was presented with the ACM's 'Pioneer Award' and signed a new Capitol contract. Duet with Ringo Starr on 'Act Naturally' '89 was a hit; he appeared on a Hee-Haw 20th anniversary TV show that year and was inducted into the Country Music Hall of Fame '96. Later albums incl. Hot Dog '88, Act Naturally '90; compilations incl. three-CD The Buck Owens Collection 1959--90 on Rhino, Live At Carnegie Hall '88 on CMF, three volumes of greatest hits on Curb/WB; Half A Buck on K-Tel compiled duets. 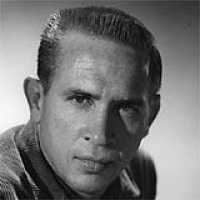