With a career spanning over 20 years and worldwide album sales that rival the biggest recording artists in the world, Bryan Adams's "I'm just the bass player in the band" attitude seems rather simple, compared to his career achievements, but that's just how he is.

His songs have achieved #1 status all over the world, and his career has seen some amazing recordings with other music legends from around the world. He holds the record for the longest running #1 single in British music history with his hit "(Everything I Do) I Do It For You" and has topped the charts in the USA four times with hits "Heaven", "(Everything I Do) I Do It For You", "All For Love" (with Rod Stewart and Sting) and "Have You Ever Really Loved A Woman?". In addition to these recordings he has been awarded the Order Of Canada from the country he was born in, which is the Canadian equivalent of the British MBE.

His honest live performances and concerts are well documented, making him one of the most exciting live acts in the world. He has used his concerts to benefit others over the years. Some examples are The Prince's Trust, Live Aid and The Concert for Freedom for Nelson Mandela, Greenpeace, Amnesty International, NetAid/London and others. On his world tour of 92/93/94 he helped created the Southern Ocean Whale Sanctuary, by issuing over half a million postcards to the fans at the shows, encouraging them to write and send them to Governments opposed to the sanctuary.

Most recently, Bryan's focus has been on supporting breast cancer. After contributing a song to an album and campaign to help find a cure for breast cancer with Self Magazine in America, he went on to organizing a benefit concert in Canada early in 1998 and raised over a million dollars to build a breast-screening center at the St. Catherine's General Hospital with supermodel Linda Evangelista. That led to the release of "Made In Canada," a best selling book of his black and white photographs of Canadian women including Celine Dion, Alanis Morrisette, Joni Mitchell and many others. All royalties from this book went to the Canadian Breast Cancer Foundation.

Awards have been numerous with a Grammy, an American Music Award, countless industry and songwriting awards and accolades including three Academy Award nominations for his music and lyrics in film soundtracks.

Universal Records has just released his 12th album this fall entitled "The Best Of Me" - Adams's end of the decade greatest hits collection that includes two new songs, the beatley title track 'The Best Of Me' and the trippy dance track 'Don't Give Up'. The future seems clear that Adams is unstoppable.

In 1999, Adams and his power trio of Keith Scott on guitar and Mickey Curry on drums, completed over 120 concerts in Europe, Africa and the Middle East. They are touring Canada in January 2000 with concert dates booked well into the first year of this new millennium. Look for concerts in America, Australia, Japan and more dates in Europe later this year and into the next. 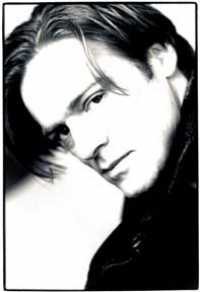