Every now and then an artist emerges on the scene as if fully formed. The voice is distinct, immediate in its character. The songs feel like they truly belong to the singer. A level of self-possession animates the performances, delivers them right to your doorstep. Nothing feels forced . . . it just is. Theres an aura of inevitability that surrounds the emergence of such artists. With the release of So Much More, Brett Dennen joins the ranks of those who fit this description. Others? Joni Mitchell. Rufus Wainwright. James Taylor. Patty Griffin. Steve Earle. John Mayer. Its a class of artists defined not by genre or by a level of success but by the character of their entrance. We open the door when they appear, and its as if we were expecting them. No doubt, none of them have wanted to be described in such weighty terms. But its not up to them. Its up to those of us on the receiving end to pass such judgments and to celebrate the occasion. In this case, Im happy to do so. Welcome, Brett Dennen. Were glad you showed up. Come on in. When I first heard Brett, I was caught in traffic with two crying children in the backseat, both of whom were desperate to escape their vehicular imprisonment. I had an advance CD of So Much More, popped it into the player, and was immediately in debt to Brett Dennen. The collective mood in that vehicle lifted. That was the first good sign. But as my passengers quieted down and our minds moved toward the music, I started to realize that something was happening. I got that rare and wonderful the-show-has-just-begun feeling, like I was hearing for the first time an artist who will be with me for a while. Theres a sense of promise, of a creative life to come, that hovers around So Much More, like you already know theres going to be fireworks down the road. When I looked back at my older son, he asked, Which Beatle is this? Hes three years old, and if something sounds good to him, no matter the genre, he figures the Fab Four must be involved. It was his way of letting me know that it wasnt just me, we were all having an experience. Bretts Dualtone debut has a bare bones aesthetic, underpinned by a kind of unassuming, elemental funk. His band, beautifully locked in and occasionally augmented by the likes of Keb Mo and multi-instrumental wizard Greg Leisz, manages to transmit a stunning range of textures without sacrificing the musics open spaces. The first track, Aint No Reason, opens with only the sounds of Bretts guitar and voice. Just the way it should. His guitar playing, a hybrid of finger picking and soul-inspired rhythm with shades of Robbie Robertson and Ry Cooder, is the center around which the band situates itself when it enters in the second verse. Bretts vocal phrasing and lyric craft are as sophisticated as Becks best efforts without any kind of pretension weighing things down. By the chorus of that first song, the production moves into a sweetness that matches the songs spirit and what is finally Bretts spirit, too. If you get that far, I promise you will listen on. This is a singer so at home in his songs that he pulls you in there with him. So Much More is a collection of tunes that plays like a single. It unfolds so naturally, with such an organic feel to the song sequence, that we get to the end not because we decided to but because thats where the first song led us. It unfolds, that is, like an intimate conversation. Some of the key tastemakers at contemporary radio, KCRW in Los Angeles and WXPNs World Café out of Philly, both latched onto Brett at the time of his self-released first recording. KCRWs Chris Douridas put it thus: Rarely does music come along so unadorned, so pure in spirit, and so eloquently written.

Bretts songs came to them not through indie promoters but through word of mouth. Its easy enough to imagine all the little rooms at radio that grew bigger when Bretts music came through the air. Not knowing I was writing this bio, a friend of mine called after catching Brett play live. I didnt let on that I already knew a little something about Brett. Man, theres a kid out there who travels around with his guitar, sometimes with a drummer, and he just kind of opens his mouth and . . . well . . . you should hear this kid. Its the kind of report that doesnt tell you much. But the voices of those who carry the message, thats the hook. Somethings up. And something is indeed up. On the eve of So Much Mores release, Brett is opening shows for John Mayer and Sheryl Crow, has already played on the Dave Matthews Cruise Tour and on bills at Bonnaroo and Bumbershoot, and is selling out shows in towns where hes playing for the first time. But Brett continues to operate like an itinerant, a man in the troubadour tradition, taking the gigs wherever they might be. Brett Dennens lineage leads back to characters like Jimmie Rodgers and Woody Guthrie, guys who were always hot to get out of town and always left with a guitar in tow. And, on some level, his writing and performing leads back to those same figures. He uses his God-given voice to sing the songs hes got to sing. It just so happens that he has skills as a song craftsman that also bring him in the company of folks like Paul Simon, those who, simply put, create new traditions if the ones they need dont yet exist. There is So Much More, unabashedly beautiful, reflects Bretts greatest gift as a songwriter, his ability to work with one foot in a tradition associated with social protest while the other foot is in the love song tradition. The effect is altogether convincing, leaving us with the sense that we have on our hands a performer for whom the personal is always political and the political is always personal. In an age in which we have grown weary of artists conveniently detachable political asides, its galvanizing to see an artist weaving together his emotional and political commitments. Bretts work with the Mosaic Project underscores his commitment to the marriage of music and change. Songs such as Darling Do Not Fear and When You Feel It You Know give us both a Brett Dennen in love with polyrhythms and the joyful noise of a band playing in and with the pocket. Throughout So Much More the pot over the musical fire remains big enough to throw most any ingredient in there. You can almost hear the band making this the object of their collective musical pleasure. Produced by Kevin McCormick, the recording features musicians who have previously played with everyone from Jackson Browne to Iggy Pop. Scott Thurston, a current member of Tom Petty and the Heartbreakers, and Mario Calire of the Wallflowers and Ozomalti both join Brett. Percussionist Luis Conte, veteran of projects with artists from Arturo Sandoval to Queen Latifah, lights up the grooves across this disc. The result is the sound of people having the time of their lives playing great songs. To the listener, its infectious. Im not sure any label is interested in doing this, but with So Much More Dualtone would be safe issuing a money-back guarantee. This is a recording that is going to have people talking. This is an artist who will never get out there and sell himself, simply because he isnt interested and, more importantly, he wont need to. Theres no resisting the beautiful moment when a character like this comes walking toward us. Prepare to open your doors. This is the kind of guest we all hope for. 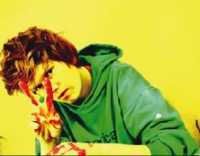