Before forming his new band, Gilbert worked and traveled around playing with singer-songwriter Corey Smith, also from his hometown of Jefferson.

Gilbert followed Smith around for three years after Gilbert was in a bad car wreck. He said that after the accident, he decided to pursue a career as a musician instead of as a marriage counselor.

The car wreck impacted not only his life but also his music. Gilbert said that one aspect he wanted his audience to gain from his music and shows is that life can be very short and everyone should take advantage of every second.

"If you're gonna live, do something with it," he said. "Make it great."

Another important facet of his music is the culture of his hometown. He said everything about his songs is somehow linked to Jefferson. 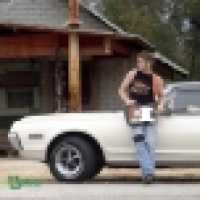