It wasn't the likeliest of pop history moments. If you had been there, you might have chuckled at the crotch-grabbing freestyle dancing and you might also have fancied them rotten. That's ok - you would have been right on both counts, but you would have been missing the main point, because the moment that Boyzone first danced their way on to the late, late show with Gay Byrne, pop history took a turn down a different leg of the trousers of time. Millions of records have been sold since, millions of fans have besieged gigs, millions of words have been written about them and millions of young fans will never be the same again.

If you feel that perchance liberties are being taken with the word 'millions' we beg to differ. Boyzone have sold more than 10 million albums since 1993. They have also completed sell out tours all over the world, had 5 number one records and they have found time to become husbands and fathers in between. That's a packed five years by any standards and deserves a few grandiosities.

This is a record (if you'll pardon the pun) of a growing-up process done in the public eye. Boy bands are no different from real boys in that they all grow up in the end. The only difference is that boy bands do their growing up in front of an audience, not in their bedrooms surrounded by smelly trainers and pots of spot cream. Boyzone have taken a lot of flack as well as fan mail and it hasn't been easy all the way. Pop bands need crocodile thick skin to survive, but the boys have done good. They're still here, they're going strong, they do things the way they want to and they don't mind if you don't want their record in your CD rack. So initially they may have been tarred with the same brush as a stew of anonymous boy bands but they've proved to be more durable than any of them. For the benefit of those of you who have been asleep for the last five years here comes the history bit…

The birth of Boyzone at the end of 1993 saw the Irish music mould well and truly broken. Following the huge success of U2 and the Cranberries, critics gave the five boys from Dublin little hope of ever leaving the Emerald Isle - let alone make it across the water. However, when their debut single 'Love Me For a Reason' crashed into the charts at no.2 in '94 it ensured that Ronan Keating, Stephen Gately, Keith Duffy, Shane Lynch and Mikey Graham became the most promising and exciting Irish export since well... Guinness. They won the Smash Hits award for best new act shortly afterwards but a betting man still would have given you even odds on them going the distance. It's a jungle out there, after all.

But, Boyzone's assault on the charts continued healthily with the singles 'Key To My Life and 'So Good' both of which went to no 3. Their acclaimed cover the of Cat Stevens classic 'Father & Son' proved even more popular, hitting the no.2 spot and showing no immediate inclination to move down. The pin finally dropped when Boyzone scored their first no.1 hit in December 1996 with 'Words' since then Boyzone have become the first act in chart history to reach the top 3 with their first 14 singles. Remember the days when records stayed in the charts for more than the blink of an eye? Stephen Gately does: 'There will always be people trying to knock you down but you just have to rise above that. Boyzone are Boyzone and we enjoy what we do'.

We all know the story from here onwards. While the press have been poring over the band's marriages, babies and the colour of their socks, Boyzone have been busy recording three number one albums. Their last long player 'Where We Belong' saw the boys increasing their share of the creative pie. Much of the album was written by the band and showcases their work with the likes of Ray Hedges, Steve Lipson (most noted for their sterling work with Annie Lennox) and Johnny Douglas who has worked with A11 Saints and George Michael. 'Where We Belong' topped the album chart on two separate occasions. Despite the huge increase in musical respect now afforded to the band, it wasn't until Ronan walked home with the ultra prestigious Ivor Novello award for 'Picture of You' (the lead song from the Mr Bean movie) that Boyzone were noted evolving and were taken seriously by their peers and steadily maturing, but loyal fans.

The very same fans also ensued that Boyzone ran home with the Record of the Year award for 'No Matter What' at the end of '98. From school to cool in a moment. Who says awards don't mean any thing? It has all meant a lot to Ronan: We are really proud of all our work, but especially the last album 'Where We Belong' it is slightly more 'grown-up' than our previous material. We have taken a step away from the boyband thing. We want to bring in an older audience without alienating the younger one'. Shane adds 'boybands usually flop after the first album, but Boyzone are still going strong after three. We never forget where we started from. Here's to the fourth'. So it's all change in the Boyzone camp. When you actually listen to the music, it's not too hard to hear why popular opinion has changed so massively.

For 5 years now Boyzone have been dominating the radio playlists, the TV and, most importantly, the charts. They have been the face and voice of Pepsi. They have 4 Irish music awards under their belts. Ronan has presented the MTV awards, Miss World, the Eurovision Song Contest and the BBC 1 talent show 'Get Your Act Together. Shane races Rally cars for Ford, beating British Rally car champion Alistair Mc rae in his first ever race! Stephen presented the 1998 Smash Hits Poll Winners Party, the Childline show and is currently working on the soundtrack for Watership Down.

Keith is turning down modelling offers from the likes of John Rocha and caused a stir at the '99 Brits by playing drinking games with buddy Robbie Williams, and Mikey has been seen kick boxing in an underground Irish film. Collectively, Boyzone have earned themselves fans including the all important Mr Bean and Israel's Miss World - not to mention Brian Kennedy and Bono who asked the band to appear in U2's 'Sweetest Thing' video, the Bee Gees, Pavarotti and David Bowie, who did a web-chat with Ronan. Pretty good for a band who have never taken their success for granted, aren't constantly surrounded by a fog of controversy and according to Mikey 'still go to the supermarket, sweep the floors and do the washing up'.

As if that little lot isn't enough to make the whole planet realise that Boyzone are in for the duration, they are also the first group from Ireland to have 5 number ones. A TFI Friday appearance (probably the ultimate barometer of late 90's cool) is particularly notable for Chris Evans' public apology to the boys for the past years of sarcastic taunts and put-downs. 'nuff said!

But the ultimate question every boyband must face is; 'can they cut it live?' the answer is yes - from Skegness to the Seychelles Boyzone have silenced critics the world over. Keith says: 'touring is the part that we enjoy best in this business. Looking back at all the tours we have done, the places we have been and the people we have met it is unbelievable how far we have come.'

'By Request' certainly proves how far Boyzone have come, and the album seems to be the perfect way to kick-start the second chapter of this band's shining career. So, as we head speedily towards the millennium, we can rely on Ronan, Stephen, Keith, Shane and Mikey's unique brand of perfect pop not to loose any of its fizz. And while your computer is struggling with its final floppy disk as the clock hits midnight you can rest assured that Boyzone's platinum discs will be occupying wall space well into the 21st century. 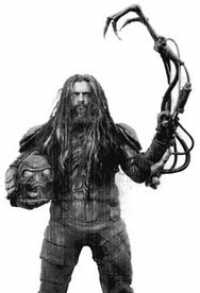