Until only a few years ago, when you thought of global dance music hotbeds, you thought of New York, London, Chicago, and so on—but Paris? Hardly. Sure, there were French disco stars in the 1970s—Eurodisco auteur Cerrone, Village People creator Jacques Morali, and Parisian-turned–New Yorker François Kevorkian—but, in general, French music has never been known for being very groovy. In the late-1990s, though, that began to change when waves of fresh and funky club tracks started exploding out of the City of Lights. Dubbed “Le French Touch” by the UK music press, this new sound, inspired by (and freely sampling from) soul and disco as well as early New York and Chicago house, soon made Paris the new dance music mecca and the city’s young DJs and producers global club superstars. First came Dimitri From Paris and Daft Punk. Then, in 1998, the worldwide smash “Gym Tonic” dropped on an unsuspecting world, featuring kitschy vocals sampled from a Jane Fonda workout tape and credited to Bob Sinclar, a shadowy figure said to be variously a “spy, jewel thief, Riviera playboy, mercenary, high-class gigolo, sunglass model, and hardcore porn star.”

Despite the huge fuss that ensued over this international man of mystery, it turned out that Bob Sinclar was simply an assumed identity of one Chris Lefriant, who adopted the name and persona of a character in an old French spy film. And Lefriant was hardly a newcomer to the scene, either; in fact, he had been at the forefront of French dance music of all kinds since the early ‘90s, from acid jazz and hip-hop to the disco-flavored house music for which “Bob Sinclar” quickly became famous worldwide.

Raised in Le Marais, a bohemian and gay neighborhood of central Paris, Chris cut his nightlife teeth at legendary ‘80s discos like Le Palace. Although he had initially aimed to become a tennis pro, he was inspired to pursue record-spinning after hearing DJs cutting up hip-hop, funk, and soul (a new phenomenon in Paris at that time) in the late ‘80s. After making a name for himself playing hip-hop, acid jazz, and R&B (as Chris “The French Kiss”), he set up a record label, Yellow Productions, and began recording his own music as part of much-respected acid jazz and trip-hop combos The Reminiscence Quartet and The Mighty Bop.

‘Round about 1997, after hearing the hip-hop/house hybrids coming from New York producers like Kenny “Dope” and Armand Van Helden, Chris turned his hand to uptempo, four-on-the-floor sounds. “The first time I did a [house] track, it was amazing,” Chris recalls, because he “saw the power” it had on the dancefloor. Then, in 1998, came Bob Sinclar and “Gym Tonic,” rocketing him to international clubland prominence.

Paradise, the debut Bob Sinclar album, followed shortly after. Packed with dancefloor bombs like “The Ghetto” and “Ultimate Funk” — in addition, of course, to “Gym Tonic” — Paradise proved that there was much more to Bob Sinclar than just a novelty track about calisthenics. His second album, Champs Elysées, was released two years later and showed Chris’ production chops and musical palette developing beyond the track-oriented, “filtered disco” sound with which the “French Touch” had become synonymous. “Got to Be Free” featured legendary early-‘80s disco singer James “D-Train” Williams, while “Ich Rocke” worked the sort of ‘80s-flavored electro vibe that would soon take dance music by storm.

The increasingly prolific Chris also kept busy with several other projects in addition to the Bob Sinclar albums, co-producing and compiling the Africanism compilations of percussion-heavy African-, Carbbean-, and Latin-flavored tracks by various French producers; and producing and co-writing Cabaret, the debut album by Brazilian samba singer Salome de Bahia, for his Yellow Productions label. What’s more, in 2001 Chris released Cerrone By Bob Sinclar, an homage to the godfather of symphonic Franco-disco. Part mix CD, part remix project, Cerrone By Bob Sinclar, was put the world on notice that, after 25 years, there was finally an heir to the French dance music crown.

With the third Bob Sinclar album, titled simply III, in 2003, Chris upped his game again, this time moving further away from the sample-and-loop production approach and concentrating even more on proper songwriting, real instrumentation, and lush orchestral arrangements that Cerrone would be proud of. “These days everybody's buying a sampler and doing a track", Chris says. "There's a lot of shit around, and we don't have any classics. I've tried to bring that back, to refer to the ‘70s and ‘80s with live musicians rather than samples.” In fact, for III Chris brought in none other than Alain Wisniak, the legendary engineer and co-writer of Cerrone’s biggest hits, as co-producer. The result was a musically mature collection with all of the string-soaked luxury and impeccable composition of Cerrone’s epic masterpieces, but also the modern electronic sheen of 21st century club music. Ranging from soaring vocal anthems like “The Beat Goes On” and “Kiss My Eyes” to electro-disco workouts such as “Nature Boy” and “Europa,” the album embodied the same skilled mélange of cutting-edge production and classic songcraft that made Cerrone’s work the stuff of dancefloor legend.

After reaching the top of the heap in the world of dance music, Chris is now moving beyond the confines of clubland and into the larger musical universe. He recently produced Salome De Bahia’s second album, Brazil, as well as Antigua, the sophomore release by Parisian bossa nova duo Tom & Joy. He’s also signed an exlusive US distribution deal with storied New York label Tommy Boy Entertainment (so far, Tommy Boy has released Africanism III, Brasil, and Antigua in the States). And he has reinvented Bob Sinclar yet again, this time as a producer of catchy, feel-good, rhythmic pop. Indeed, although “Love Generation,” the new single off his forthcoming album “Western Dream”, still pumps more than enough to satisfy dancefloors worldwide, the song’s instantly catchy melody, lyrics, and soaring vocal (by none other than Gary Pine, lead singer of the mighty Wailers (yes, as in Bob Marley) give it across-the-board appeal. “Love Generation” is only the first taste of the next chapter in the ever-evolving story of Bob Sinclar. Joining Chris on this journey is, once again, Alain Wisniak. Release is tentatively set for spring 2006. “Love Generation” is already a smash all over Europe; in addition to selling 120,000 copies in its first two weeks of release, it was Pete Tong’s pick of the week on the BBC’s Radio 1 and has been featured as the theme music for French TV’s “Pop Idol” (the French version of “American Idol”) and in an Italian mobile phone commercial. Chris Lefriant and Bob Sinclar, it seems, are both at the peak of their powers. 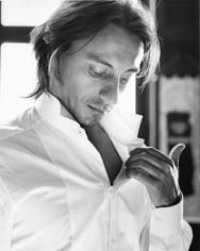