"I have a feeling people are never really gonna know who I am," Bob Schneider says.

Fair enough. And a 1500 word bio is rarely enough to convey an artists' life and music anyway, but in Bob Schneider's case it seems particularly tough. How do you package a tale that bounces between Germany and Texas, and between opera, art school and sleazy rock clubs? How do you convey the roots of a genuine Austin phenomena; how he's led three of the town's most popular bands and played to sold-out crowds as many as four times a week for nearly a decade? How do you explain him selling more than 15,000 self-released CD's at just one Austin record store? How do you explain why one of the country's most influential radio stations has had an unsigned artist on its playlist for over a year? How do you explain Schneider's nine-award sweep of last year's

And most importantly, how do you explain to people that it's really a simple formula; remarkable charisma and extraordinary songs add up to someone you can't help but rally behind?

Lonelyland is the album that assimilates those personal and musical experiences and it's the album that necessitates this bio. And it's more than just Bob Schneider's solo debut; it's a fully-realized album that deftly delivers emotion, melody, texture, and surprising twists. It's the work of a solid craftsman that's not afraid to take chances and a work overflowing with personality.

"This is the closest I've come to representing myself as a songwriter" Schneider says. "These are songs that speak for themselves and speak for me."

It's something of an understatement to say Lonelyland's focus is on serving the song. From the easygoing earnestness of "Metal and Steel'' to the complex dynamics of "Big Blue Sea,'' the rootsy funk of "Bullets'' and "Under My Skin,'' the lively pop of "Round and Round'' and the bounce of "Blue Skies for Everyone,'' each melody, hook, groove and vocal performance serves its master. And yet, it's very much an album rooted in adventure and improvisation; Schneider's managed to harness and display a flexible, but inherently cohesive, vision.

"My favorite songwriters never wrote songs that sounded the same or had the same general feel," Schneider says explaining the album's eclectic nature. "How could I expect to keep myself, let alone anyone else, interested if each song didn't do it's own thing or follow it's own path?"

Truth be told, the songwriting on Lonelyland also had to be outstanding from the start. Schneider hasn't had the luxury of low-key maturation. From the moment he stepped out onstage two years ago as a solo musician, people were watching. They wanted to see how he'd fare captaining his own ship because he was already Austin's most popular bandleader; having guided three bands that had all been Austin's best-drawing local act at some point in their run. First, it was with Joe Rockhead- a bombastic funk band that sparked a major-label bidding war but ultimately imploded on the eve of their third indie release. Then there were the Ugly Americans- a Meters-style jam band that recorded three albums and enjoyed full tours (not just "select dates") with HORDE and Dave Matthews. By 1997, Schneider committed himself full-time to the Scabs- a confrontational, often X-rated, nine-piece full-throttle party band.

Perhaps that's because he's spent so much of his life entertaining. Born in Ypsilanti, Mich, he moved to Germany at two after his father- also a lifelong musician- decided to study opera. (While in Germany, Bob Sr. led the choir of Oompah Loopahs in the Willie Wonka and the Chocolate Factory movie.) After giving Bob and his sister guitar lessons, they'd often be woken up in the

middle of the night to play songs for his parents' friends. "I liked it, my sister didn't,'' Schneider says. Better yet, when Schneider was a fledgling 10-year-old drummer his father would dress him in a leisure suit and take him along to moonlight jobs where they would perform hits from the 40s through the 70s. "That was probably the biggest influence on me, getting a chance to hear all those great old songs that I probably never would have heard otherwise'' Schneider says. "The unifying thing about all those songs was they had great hooks and great melodies."

Schneider tried to heed those lessons in picking and writing material for his teenage bands, honing his craft on the musical equipment at the rec center of the closest U.S. military base in Germany. He kept it up after enrolling in the University of Texas at El Paso art school, and after the departure of a few fellow players and an inspiring lecture from singer-songwriter Terry

Allen -- "I remember him saying If you're gonna do art, drop out of school and start doing your art and living your life cause your degree's not gonna make a difference.'' -- Schneider was ultimately lured to the thriving music scene in Austin, Texas.

And while Schneider has continued to hone his graphic arts skills throughout- designing album art, packaging, posters, and T-shirts for each of his bands while also showcasing his fine art at local galleries- the real beauty of Schneider's day-jobless Austin experience has been about the freedom to constantly write, record and stockpile songs. While he's already released more than 300 songs with his bands, Schneider estimates there were at least that many that didn't fit his band's concepts.

"I had all these great songs that didn't work well with the party bands I was in but I knew I had to find a way to play them'' says Schneider, who's just as likely to be listening to Pedro The Lion and Jay-Z as he is Randy Newman or Tom Waits. "I wanted to put together a group that could play

virtually anything I brought them. I liked the idea of being able to create music that I could still be doing in twenty years"

Lonelyland is an album with a story; Schneider self-released it last year and it's been at or near the top of Waterloo's Record's list of best-selling Texas records ever since. At Waterloo- the nation's most-respected indie retailer- Lonelyland has outsold first-week offerings from Limp Bizkit, The Wallflowers, Eminem, and Lyle Lovett. On the strength of the CD and the S.R.O live shows, Schneider kicked off SXSW 2000 with a sweep of the Austin Music Awards; taking home awards for Musician Of The Year, Band Of The Year, Male Vocals, Songwriter Of The Year, and Best Funk Band. And just before earning an invitation to appear on the Tonight Show With Jay Leno, the influential AAA station KGSR added Lonelyland's "Round and Round." They've since also added "Metal n Steel," and "Big Blue Sea."

Lonelyland is not just the perfect album to present Bob Schneider to a world outside Austin, but an album charming and compelling enough to seem like it's from someplace else all together. 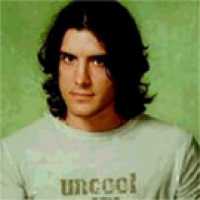