Jeong Ji Hoon or better known as Rain (born June 25, 1982) is a korean R&B singer, actor, and international star. From being a rapper in the boy band group, Fanclub to starring in various movies and dramas, Rain has stepped up in the ranks becoming the international super star he is today.

Before becoming the hit solo artist Rain, Jeong Ji Hoon became a back up dancer for Park Ji Yoon, another hit korean singer. However, after Rain debuted with his first solo album titled Bad Guy, the public saw Rain as a singer and a dancer. After his first solo album, Rain went on to record two other hit albums titled How to Avoid the Sun and It's Raining. In September 2006, Rain went on to release another hit korean album, Rain's World, which featured two other hit singles, I'm Coming (feat. Tablo of Epik High) and In My Bed. After becoming a success in Korea, Rain moved his success to Japan, releasing the single titled Sad Tango. He continued to release two other singles entitled Free Way and Move On, which were also featured on his japanese album, Eternal Rain. In early 2006, Rain released a single in China, Memory in Hand, while releasing all his korean and japanese singles and albums.

While releasing all of his hit albums and singles, Rain started to shine as an actor. Although he debuted in the korean drama Orange, his real acting talent was recognized in the korean drama Sang Doo! Let's Go to School. In 2004, Rain starred in another korean drama entitled Full House, which became a huge hit. The year after, Rain starred in a more emotional drama, A Love to Kill. In December 2006, Rain debuted in the film I'm a Cyborg, But That's OK which received mixed reviews and tanked at the box office. However, the film and director (Park Chan Wook) received the Alfred Bauer prize at the Berlin film festival and earned Rain the citation of Best New Actor at the 43rd Baeksang Arts Awards. Soon to come in 2008, Rain will debut in America as Taejo Togokhan in the American film Speed Racer.

While exceling in almost all aspects of the entertainment world, Rain has won many awards for his singing and acting. These awards include Best New Artist and Best New Actor. More recently, Rain has been listed as People Magazine's 100 Most Beautiful People and Time Magazine's 100 Most Influential People Who Shape the World. In 2007, Rain topped Time Magazine's online pole but did not make the actual list. Rain proceeded Stephan Colbert, a comedian, actor, and writer in the online pole. As a "response" for not being number one, Colbert made a parody of Rain's hit song Ways to Avoid the Sun. 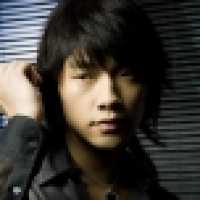