B.G., the Baby Gangsta, must have been one of the most prolific teenagers in music history. Signed to the New Orleans-based independent Cash Money Records at 11 years old, B.G. released six solo albums before his eighteenth birthday. His debut album True Story (1993) was a semi-autobiographical account of his coming of age on the poverty-ridden streets of uptown New Orleans. In the next five years, B.G. released an album per year, including one as a member of the Hot Boys. B.G.'s sales and popularity climbed with each release: It's All on You, Vols. 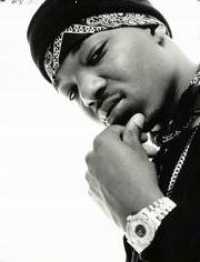