She's been variously described as "a bummed out angel in the badlands of love" (Details), "the clear eyed oracle of London's breakbeat scene" (Spin) and "Queen of the heartbreak vocal" (Mercury Music Prize judges). There must be something special about Beth Orton that makes people attempt poetry. Ever since her debut solo album "Trailer Park" was released to critical acclaim in October '96, people have been enchanted by the tall Norfolk broad with the acoustic guitar.

1997 was good to Beth. From working with her all time hero, folk-jazz legend Terry Callier to singing on the Chemical Brother's number one album "Dig Your Own Hole," touring America with Sheryl Crow and Emmy Lou Harris as part of the Lilith Fair to performing to a packed-out tent of 10,000 muddy Glastonbury-goers. From scoring her first Top 40 single with "She Cries Your Name," to a sell-out UK tour and the perfect movie moment of driving down a sun-soaked Hollywood Boulevard in an open-top convertible and hearing her own cover version of The Ronette's "I Wish I Never Saw The Sunshine" played on KROQ, before heading home to celebrate a Mercury Music Prize nomination for Album Of The Year.

At six foot tall and disarmingly sharp, Beth Orton is not exactly what you'd expect. With an ability to reduce grown men (and women) to tears with her songs, Beth is more likely to steal your last cigarette than cry on your shoulder. As she says, "I don't think my songs are as miserable as people make out. There's a lot of hope in there as well. It depends if you're half-empty or half-full person." Born in Norfolk, England in 1970, Beth moved to London with her mother at the age of 14 where they settled in Dalston. Her older brothers being punk rockers, the most rebellious thing the teenage Beth could do was "get into folk." She spent her late teen years immersed in everything from Nick Drake to Dexy's and The Stone Roses to Rickie Lee Jones, before toying with the idea of acting and a drama course at the LSU.

After a couple of years in fringe theater she hooked up with dance producer William Orbit for her first musical project, a cover of John Maryn's "Don't Wanna Know About Evil." Having worked with Mr. Orbit for two years she co-wrote the first two Red Snapper singles and teamed up with the (little known at the time) Chemical Brothers on "Alive: Alone," the haunting final track from the Brothers' ace debut album.

Signed to Heavenly Recordings, Beth blended her guitars with samples and beats on an album of starkly personal songs of breathtaking beauty. Working with producers Victor Van Vught (Tindersticks, Nick Cave) and Andrea Weatherall (producer of the classic "Screamadelica") she created her own brand of rhythm-infused folk. "Trailer Park" struck a chord with everyone from seasoned folkies, country aficionados, teenage clubbers and the brokenhearted, earning her the title (her favorite yet) of "The Comedown Queen." Happiest in charge she led her new band on a year long road trek supporting The Beautiful South, John Martyn, John Cale, Mark Eitzel and Everything But The Girl before selling out her own headline tours.

"The Best Bit e.p." - released in December 1997 - was Beth's biggest chart success yet and saw her hooking up with her musical hero Terry Callier. It's success won Beth two Brit Award nominations ("Best British Female Artist" and "Best British Newcomer") and the e.p. went on to sell over 40,000 copies. "Trailer Park" soon went gold and it seemed that suddenly the whole world was talking about the intriguing English girl with the spine-tingling voice and pocketful of heartache. From Virtual unknown to magazine front cover star by whispered word of mouth in under two years seems an unprecedented feat and Beth's new album "Central Reservation" is the record that will catapult her to superstar status. Beth has recorded her second album with producers Victor Van Vught (producer of "Trailer Park") and David Roback (from eerie US duo Mazzy Star) and features guest appearances from jazz hero Terry Callier, Ben Watt (of Everything But The Girl), Ben Harper and Dr. John.

An album of starkly beautiful songs will be unleashed on the world March 9, 1999. Welcome back Beth Orton. The world is her oyster. 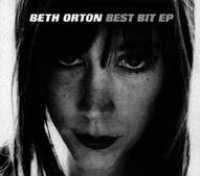