BTD was founded in the heat of the summer of 1999. Originally it was a solo project of Tuomas. After he made few songs, he decided to record a demo in the frost of winter 2000. After that, some other musicians were interested and joined beside him. Soon the 2nd demo was recorded and gained a lot of positive feedback. Complete line-up was formed and ready to rock the stages. Although, not so many live- shows was performed, until some cracks in the line-up occured...

New songs were made and for the next recording Tuomas and ex- drummer Kimmo Nurmi were planning to start their own record label called Hellbound Records, under which the new record would be released. Plasma Weapon (a.k.a Jaani Peuhu) came to produce the new recording.

After all the trouble, blood & tears, the debut ep, “Gehenna”, was finally recorded in the yellow autumn of the year 2000. The release, due to various reasons, was delayed, as the official release date was set for the 23rd of March 2001

After releasing “Gehenna” we played as many gigs as wet got and we kept going on writing new songs. We also send lots of promokits around the world and some record companies offered us record deals, but we decided to go back to studio and then start negotiating with record companies. We went studio in the end of the year 2001 with our producer Jaani Peuhu and recorded 4 new songs and we ended up making a deal with Locomotive Music (Spain).

In spring 2002 we recorded demos of 12 songs and late summer we recorded our debut album "My Darkness" including 10 songs. We have had lots of changes in our line-up but now we have a very strong group and I hope it holds together! 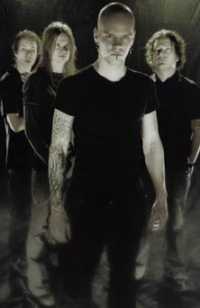