The formation of Laid Back, the Denmark-based duo behind the underground dance classic "White Horse," was a happy accident. Tim Stahl and John Guldberg met up at a Danish studio in the late '70s with the intent to be joined by a third party who never arrived. The duo began playing together and kicking ideas around and they eventually decided to form Laid Back. Within a short period of time, Stahl and Guldberg landed a contract on Teldec. Their first single, "Maybe I'm Crazy," was released in 1980, preceding their self-titled debut album released the following year. Two years later, the duo jumped ship to Medley and scored a hit in their homeland and South America with the "Sunshine Reggae" single, released in support of their second album, Keep Smiling. Aiding their success was their uniqueness. Unlike most of the Danish groups of the time, Laid Back's vocals were in English; most significantly, they were dabbling in electronic music with a pop emphasis, which wasn't a common formula at the time.

"Sunshine Reggae" was unsuccessful in the United States, but its B-side, "White Horse," was embraced by several of the country's club DJs. Thanks to support from Prince, Warner Bros. eventually released a 12" single featuring "White Horse" and Prince's "When Doves Cry" on the same platter, increasing Laid Back's profile significantly. The track's instantly recognizable, snapping electro-funk has solidified its reputation as an underground dance classic played by DJs through the early 2000s. It has also been sampled many times, most significantly on Monifah's "Touch It," a 1998 hit single that liberally appropriates the structure of the original.

Though they never again enjoyed the attention in the States granted to them through "White Horse," Stahl and Guldberg continued making music together as Laid Back for several years. Play It Straight (Medley, 1985), See You in the Lobby (Medley, 1987), Hole in the Sky (Ariola, 1990), Why Is Everybody in Such a Hurry (Ariola, 1993), and Unfinished Symphonies (Sundance, 1999) were released, in addition to the 1995 compilation Laidest Greatest (Ariola). The duo also began working as composers of film music. In 2002, they were awarded a Robert -- the Danish equivalent of an Oscar -- for their work on Flyvende Farmor. ~ Andy Kellman, All Music Guide
Written by Andy Kellman 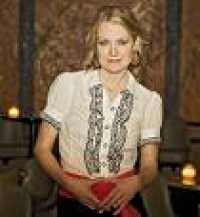