American Hybrid is a band from northern Wisconsin, they have been together since early 1997. The band has a dark vibe music and lyrics. They are Heavy Industrial Punk/Rock. They have only posted lyrics on the internet and no recordings for two reasons. 1) They dont want to rush into anything. 2) They have touch ups on a few songs before anything gets up. Band members today consist of Scott Van Allen (Vocals, back up Bass, Synth), Taylor Rose (Vocals, Guitars), Jake Smetak (Basses, Backing Vocals), and Anthony Szudarski (Drums, Percussion).

Scott keeps the bands profile pretty down tone. Lead man Scott and second man Taylor take serious work into there band and lyrics. Scott has been known to write powerful lyrics about his life. He has a lot to write about, his depression, his anger, hate, and more. People know him as the PentaHybrid Poet because he is a Celtic-metalhead who hates judgement and stereotypes. He is also a anarchist who despises government and believes laws should be cast out. He writes along with his heart and is known to make others feel good about themselves in his writings, that or make people feel down.

Taylor is almost an exact twin of Scott, they are brothers and think almost the same. Taylor is the main man with Scott. Taylor writes about life in general and the ups and downs of it. He is a man who writes through life and looks at the glass empty. For him there is always something to write about but cant ever put it in the right contrast or words, also like Scott. He is in two other bands 44 Lines and 6 Ways Till Sunday, these are his two other bands he started with his friends. Taylor is Gaelic or an Irish Celt decsent like Scott. Scott prefers to use the Celtic name instead of Gaelic-Celt, its just harder to write down. Taylor is known to go throught the same troubles he and Scott and also drummer Anthony go through, but they dont like talking about it to the public.

Anthony writes lyrics about himself and his friends. He knows about the types of things he, Scott and Talyor all go through. Right now he and Scott have many fights, they have always fought but the last one wasnt really a fight. Anthony is a good lyricist when it comes down to heavy or hard lyrics. We will add more when his stress level goes down.

Jake is an okay writer with a poor sense of self. When he looks at himself he see's an idiot and a nerd. He claims to be a rebel but he really isnt. He normally writes about hate or angry things. He has only written three songs but its a start. Jake doesnt really participate and the Row Bros council have had many meetings about removing him from the band and the Row Bros. The last meeting only Taylor and Scott signed the Resignation Form. We will add more when decisions are made. 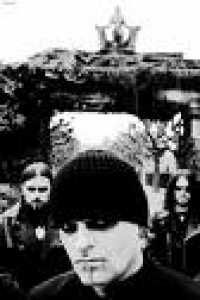