Jenny Amanda Katarina Jenssen (born Bengtsson, 12 September 1988 in Lund, Sweden) is a Swedish performer who became famous after finishing second in the Swedish version of the popular talent show Idol after going head to head with Marie Picasso on 7th December 2007. Jenssen won 48.7% of the votes.

On the 3rd January 2008, Jenssen announced that she had landed a record deal. Her first single, "Do You Love Me", was released in stores on 23rd January. The following single "Amarula Tree" (written by Jenssen and Pär Wiksten) was released on 16th April 2008.
The debut CD "Killing My Darlings" was released on the 7th May 2008. Some of the songs on the album are written by Marit Bergman and Vincent Pontare, but the rest is written by Amanda herself.
Amanda is now on her first summer tour in Sweden.

Amanda was the lead singer in the band "Oh Hollie Neverdays", but is now pursuing a solo career. Amanda has also worked with musicians like Daniel Miller from the band "Wild Bleeding Heart" and Elina Nelson, another former participant in Swedish Idol. 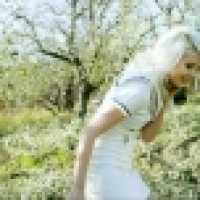