After showing early promise as a musician - learning piano, guitar and flute as a child, Alan started to take on the role of listener rather than the player. Although still working as a musician in the late sixties he turned his attention to a career at the famous Abbey Road Studios in London, where he was fortunate enough to have participated in the last works of The Beatles. He was assistant engineer on "Let It Be" and the brilliant "Abbey Road" album.

A long association followed; both with the studio and Paul McCartney. When the Beatles split up, Alan went on to engineer such classics as Wings "Red Rose Speedway" album and the singles "Hi Hi HI" and "C Moon". He had a similar association with The Hollies on many hits including "He Ain't Heavy He's My Brother", and "The Air That I Breathe".

This was only the beginning however; As the engineering mastermind behind Pink Floyd's "Dark Side of the Moon" album, Alan became highly sought after as one of the new breed of creative engineers.

His decision to enter into production resulted in immediate success. He clocked up several hits with Pilot, Steve Harley and Cockney Rebel, John Miles, and Al Stewart.

With all this success, Alan found a very real need for management and business guidance. It was then that Eric Woolfson, with whom he had worked at Abbey Road, became actively involved in steering Alan towards becoming an artist in his own right. Although they started with a business venture, Eric was to use his songwriting talents to form a creative partnership with Alan.

In 1974 they started adapting selected works of Edgar Allen Poe to music. Two years, and thousands of feet of tape later, the Alan Parsons Project was born: The highly acclaimed "Tales Of Mystery And Imagination" album was the first in a series of award-winning albums - "I Robot", "Pyramid", "Eve", "The Turn Of A Friendly Card", "Eye In The Sky", "Ammonia Avenue", "Vulture Culture", Stereotomy", and "Gaudi". As well as receiving gold and platinum awards from nearly every country in the world, Alan has, to date, received ten Grammy nominations for engineering and production.

Alan still finds time to produce records for other artists: most recently albums for Colin Blunstone and Vitamin Z ,and the soundtrack of the film "Ladyhawke", directed by Richard Donner.

Alan started a company that is devoted to improving the sound quality of film and video. He has also turned his hand to directing music based TV programmes, his London Calling developed into a major series on MTV, and he was instrumental in the creation of Music Box, the European music cable service.

The Alan Parsons Project had never aspired to concert tours or live performances, but Alan and Eric were always aware of their concepts' suitability for theatre, film, and concert. To further this end they approached Brian Brolly and together with him have spent the last two years in Alan's studio creating and developing a work which is a logical continuation of their previous achievements: Freudiana, which is to premiered at the Theatre An Der Wein in Vienna, marks Alan's debut as a theatre sound designer. The Alan Parsons Project will also be making their debut live on stage at the Antwerp Proms this year.

This biography was written for the "Freudiana" press kit in 1992. For more details about the life and work of Alan Parsons, read the "Tales Of..." section in each issue of The Avenue newsletter. 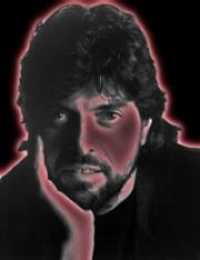