Comprising MC Serch (b. Michael Berrin, 6 May 1967, Queens, New York, USA), Prime Minister Pete Nice (b. Peter Nash, 5 February 1967, Brooklyn, New York, USA) and DJ Richie Rich, 3rd Bass were one of the few white US rap teams to maintain any degree of credibility. Def Jam Records' second white Jewish act (after the Beastie Boys (The) ), they were a million miles apart from their better known precursors. At their best they combined raw intelligence with strong humour and a powerful musical delivery.

Their debut album, produced with the help of Prince Paul ( Stetsasonic ) and Sam Sever (who originally encouraged the then solo Nice and Serch to team up), was bolstered by mighty cuts like 'Steppin' To The AM', with its melange of TV samples and urban paranoia. Nice was a particularly effective mic. man, whose classes in modern poetry at Columbia University clearly shone through. However, the extent to which 3rd Bass seemed to be anxious about their skin colour was reflected by two tracks on Derelicts Of Dialect which both pilloried Vanilla Ice (notably 'Pop Goes The Weasel'). Elsewhere they could be assured and effective, 'Product Of The Environment' on their debut being a case in point. Nice went on to a successful new career alongside Rich, while Serch became A&R Vice-President of Wild Pitch Records. 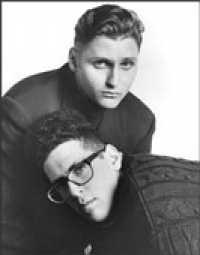