When radio station WCPR in Biloxi, MS, started getting phone calls for a song by a band from nearby Escatawpa, the staff figured it was hearing from the group’s friends and relatives. But then the number of phone calls exploded. "This went way beyond just girlfriends and family calling with requests. I have never experienced phones of this magnitude," WCPR operations manager Kenny Vest told the Biloxi Sun Herald. The song was "Kryptonite," and the group is 3 Doors Down, a four-piece rock band whose beefy sound and explosive dynamics generate a high-impact blend of modern sonics and timeless rock conventions. Produced by Paul Ebersold (Sister Hazel) and mixed by Toby Wright (Alice in Chains, Korn), The Better Life, the band’s debut album for Republic/Universal Records, offers tight, finely-constructed music that’s driven by an energy that is at the same time almost out of control and supremely focused.

Music has always been in the crosshairs for singer-drummer Brad Arnold, bassist Todd Harrell and guitarists Matt Roberts and Chris Henderson. Longtime friends from Escatawpa, each of the musicians felt the call early—particularly Arnold, who as a child would "set up pots and pans when I was little, just beat on stuff, whatever I could find."

Having older siblings—four sister and two brothers—gave the fledging, utensil-banging drummer and his friends a valuable musical grounding. Through his brothers and sister, he developed a taste for commercial rock before graduating to heavier fare. "I kinda like everything," says Arnold. " Everything influences me everything I hear."

After one of his bands broke up about four years ago, Harrell hooked up with Arnold and Roberts. The resulting music clicked for all of them. Arnold soon found himself not only pounding the skins but doing the group’s singing as well. "I always used to sing to myself when we were playing, "he says. "I was always singing around the house. Then one day I got a microphone, and nobody else would do it, but I did and I enjoyed it." Arnold became the band’s lyricist as well, often coming up with material in his high school algebra class.

The trio played its first gig at a friend’s party, roaring through a repertoire of four songs. "We knew one by Bush, one by Metallica and a couple of originals, "Arnold says. We played ‘em over and over again." The repertoire grew in short order, however, and the group started playing out. One of these road trips—to Foley, Alabama – also netted them a name. We came out of this building, and some of the letters had fallen off the front and it said ‘Doors Down,’ "Arnold remembers. "At the time there were just three of us, so we said ‘3 Doors Down.’

The three became four about two years ago, when Henderson, who’d played in previous bands with Harrell, was invited in to bolster the group’s sound. Now they are five, having added drummer Richard Liles, from nearby Hattiesburg, so Arnold can step out and front the band. Meanwhile, the songs kept coming, and in 1997 3 Doors Down recorded some demos. They pressed a CD to sell at gigs, and fans flocked out to see them live, numbering more than 2,000 per show. That, coupled with the buzz generated by "Kryptonite," brought major labels calling and sent the band to New York City, where it showcased at the legendary CBGB’s and was signed by Republic/Universal.

"We like to rock," Arnold says, and that’s borne throughout The Better Life, which kicks off with "Kryptonite" and moves through the ringing ebb and flow of " Loser," "Life of My Own," "Duck and Run," and "Be Like That" as deftly as it does the crunchy fury of "By My Side," "Smack," "Not Enouth" and "So I Need You." All of the songs feature the dynamic interplay of Roberts and Henderson’s guitars atop the muscular rhythmic bed provided by Arnold and Harrell. "We’ve got good lyrics; everything tells a story," explains Harrell. But ultimately, the bassist and senior member of 3 Doors Down feels the sound is what says the most about the group. "It’s a rock ‘n’ roll band, straight up, " Harrell explains. "It’s not really alternative or metal or anything – it’s rock ’n’ roll." 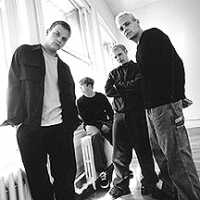