It's the World's Most Hated

This one for your hatin-ass niggas, man, I done heard it all, man

You need to wash your fuckin mouth out with soap, man

Cause you keep my name in your mouth, nigga

Like I said, man, thanks for the promotion, nigga

'Yukmouth a bitch, he even got his chain snatched

And Spider beat his ass, that nigga can't scrap

And he trick on the bitches, that nigga can't mack

Got ran out of Oakland and never came back

And I heard he was smokin, he never slinged crack'

Haha, gotta laugh at that and blaze a grape sack

Next day I got my chain back, so rephrase that

His bitch chose up, I pimped her on the same track

Niggas be dirty-mackin when you fuck the same rats

And that Game shit is old, it was way back

We squashed the beef since then, I know you hate that

And ask Numskull, I used to sling lley sacks

If you had bagged dope, rock it, bring the caine back

Niggas hate cause they got nothin better to do

Niggas hate cause I'm gettin mo' cheddar than you

Niggas hate cause I'm doin mo' better than you

Or do you hate cause you got nothin better to do?

These niggas hate when they watchin BET, see me on YouTube

Get your weight up, nigga, not your hate up

And them J Prince cars, he just rent them shits out

And that's J Prince jewelry, he just lent them shits out

I hate that nigga guts, I'm a punch him in his mouth

He licked my bitch pussy and ate her butt out

And that's why they really call that nigga Yukmouth

Rap-A-Lot dropped him cause that nigga be dissin

The bitch suckin my dick the same bitch you kissin

Every night your punk rock misses, she was pimpin

I had the house before the solo deal, they bullshittin

Geah, jewelry is mine, the cars is mine

No video rented hoes, all the broads is mine

Geah, like Allen I. I'm a ball for mine

'Well, I hate Yukmouth, he dissed all my homies

And fuck the Regime, them niggas all phony

Gonzoe left cause he wasn't gettin no money

And the Luniz split up, he don't be fuckin with Nummy

That nigga fell off, he don't get no airplay

These internet niggas always got somethin to say

Make up some bullshit, then post it on MySpace

I was knee-deep in the game, all of my family buyed weight

And Keak my nigga, it's PM to the death

And yes, the Luniz still together, ask

There you have it, you hatin-ass faggots

Y'all niggas always got your name in your mouth, man

And I know why you niggas hate, man

Cause I'm exactly what you not, nigga

I got bitches - you don't

I got cars, homes, jewelry - you obviously don't

That's why you hatin, nigga

Step your weight up not your hate up

If I was in your shoes, nigga, I'd watch a nigga

And I'd step my fuckin weight up, nigga

I ain't gon' hate on nobody, nigga

Thanks for the motherfuckin promotion, man

And I ain't dissin nobody no mo', man 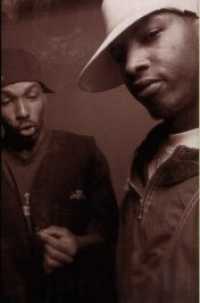