YOUNG JEEZY - I Am Back

Young Jeezy I Am Back lyrics are copyrighted material,

you need to enable javascript, then refresh this page

See FAQ and Terms of Service for more info

Fuck you, fuck you

Blow on color purp I make it rain on your forehead

Blow on color purp I make it rain on your forehead

The Feds outside and they checking his tag

But still the boy move with a hell of a swag

But I will not stop so you can stop the hating

To fell or succeed, I don't know what's worse

Agents tryna find a glitch in my matrix

One slip and I'm back to the basics

Red or blue pill what would you do?

When the same niggas you love got hate in their blood

I know God's watching over me so is the Feds

When love turns to hate and niggas rather you dead

All the bad I've done will you still protect my life?

Until then I keep an extra clip for that Glock

You wanna see my bank statement

I got no problems with that

300 thousand you know I'm smarter than that

I been dodging the alphabet boys all my life

So, you gonna need more than a child support lawyer

I got some child support for you

Get off your ass bitch and get you a job

Tell your other three baby daddy's to sell dope or rob

My son got everything in this world that I never had

One thing you can't call me is a deadbeat dad

When you're the one that shoulda been exposed

And I don't wanna tell my child

That his moms ain't shit

And this ain't about him

She just a money hungry bitch

I been here before

They boxed me in corner and I came out fighting

They locked me in a cell and I came out writing

I said I came out writin'

Lock my body you can't trap my mind

I only talk in the bedroom, we whisper in the kitchen

Call me paranoid, I think the walls is listening

But if them walls could talk

I probably never get to see the daylight

I gave it to 'em raw mix tape after mix tape

I had niggas waiting on the album

I shoulda got five mics in the Source

Instead I got five bricks and a Porsche

They sat I ain't lyrical

I wasn't tryna impress y'all niggas

If hatin' was a crime they'd arrest y'all niggas

Kink bought the mic, I just gave him my life

The streets co-signed, the hood gave me my stripes

I said the streets co-signed, the hood gave me my stripes

Kink bought the mic, I just gave him my life

I said the hood co-signed, the streets gave me my stripes

They can't box me in, that boy too clever

Fuck the bitch ass reporter whoever wrote the story

You motherfuckers don't know shit about me

What I been through or where I came from

When shit got hard, I stayed, I ain't run

So you can blame the government they made me this way

See the pain in my eyes, you don't see me cry

Two tears in a bucket, who got that work?

Get rich or I'ma go to jail tryin'

But my partner out west, yeah, he front me them bricks

How the hell you expect me to be drug free?

When George Bush ain't never done shit for me

What happened to my freedom of speech?

I practice what I preach, I preach what I practice

A hundred thou under my mattress

I'm only human, just a man

The way I feel that'll probably be my worst one

Another one after that will be better than my last

So, real talk y'all kiss my ass

I am the future

You niggas are a thing of the past

I'm not ashamed of who I am or what I've become

So all you ridicule lookin' I'm not the one

It's called self respect, I bow down to no man

I say all that to say you can't ban the snowman 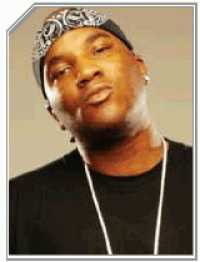