It's been on every day since they cut the umbilical chord

Been on a mission since my circumcision

Destined to be hard-core

74 the year the Steelers whipped on Minnesota

July 30 was the day that mama had a soldier

My big sister older than me by four years

But I was a mama's boy spoiled to the core

Hard headed and don't regret it

Cuz by the time I was fifteen, I felt like I was twenty

Always wanted more even though I had plenty

I was honor be ?? no matter what mama say

Kickin it with Joshua, my Terry O, and Johnny Ray

Sometimes its scary cuz I think I hate ya

What could I have done to get myself a better life

I'm a non believer but leave it to beaver

Cuz in the neighborhood I grew up being what ???

It wasn't nothing but a gang of niggas like me

One put in the grave, the other in the penitentiary

It wasn't nothing else to destroy except for myself

The creation of my mama's pride and joy

The cut the umbilical chord and did the circumcision

I was eight pounds, eight ounces

Now mama I never meant to cause so much pain

Gettin suspended from school, stealing cars, and running with gangs

I only wanted to be a man but never knew how

Only if I knew then what I know now

It would be a different story you would be glorified

I can't deny it, I did wrong

But mama I tried to be strong, but I didn't fit in

And papa didn't stick around to keep us safe and sound

Dysfunctional family and nobody to handle me down to do whatever

Thought I was clever but I ended up

Stuck in the penitentiary with forever

Can you tell me, how did mamas baby become a killer

Who turned this African into an American nigga

With rage in my soul

Columbus and his boys was on a mission to destroy

I wish my life didn't turn out the way it had

If I could only do it all again but at last

It's too late for all that coulda shoulda woulda mess

Mama it's true, I don't know where I came from

Where am I headed

When will it all be ?? instead of hectic

My childhood was non existent

Late at night didn't you hear me calling out his name

Now how hard could that be

For mama's pride and joy 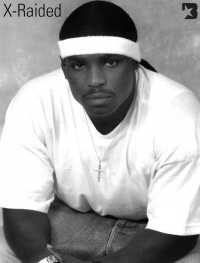