Fed up with a life of gang-related violence and hopelessness, Woodie dedicated himself to rap music and quickly rose through the ranks of the Cali Bay Area's underground scene, eventually signing to Koch Records. Hailing from Antioch, CA, Woodie (born Ryan Wood) grew up in an environment filled with gangs, drugs, violence, and crime. Life was rough. For example, Woodie's friend, Carlos "Blackbird" Ramirez, was shot to death by local police, another close friend, Gabriel "Snoop" Robinson, was locked up in Folsom Prison for a crime he didn't commit, and Woodie himself had run-ins with the law, nearly charged with attempted murder. After all this drama, Woodie turned to the rap game, recording Yoc Influenced, his debut release. The record became a local sensation, selling thousands of copies throughout the Bay Area thanks to the Northern Cali anthem "Norte Sidin'." Woodie then returned to the studio with executive producer D-Small to record the East Co Co compilation Northern Expozure, Vol. 1. The record showcased not only Woodie's lyrical skills but also his production talents. Soon, underground gangsta rap magazine ~Murder Dog was praising his work, introducing Woodie to a national audience. This underground success culminated with Woodie being offered a record deal with Koch, a large, nationally distributed label with plenty of money and clout. Woodie's first release for Koch, Demonz in My Sleep (2001), again showcased both his skills as an MC and as a producer -- he produces all but three of the album's songs. 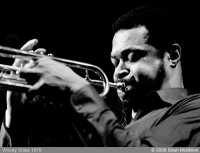