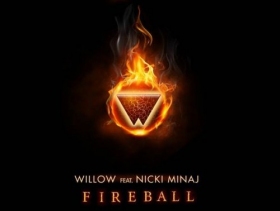 Willow's upcoming album - yet to be titled - is close to finish. One of the producers, Jukebox, recently told MTV, "I did like eight, nine songs on Willow, so right now, we're in the process of just trying to close out the album. It's just the whole process. You got to think about it: She's a 10-year old girl. She's gotta have a life, she's gotta be a kid."

"Willow is kind of a combination of what 'Whip My Hair' was. Willow just isn't a pop star, she isn't just an urban artist; she's very international."