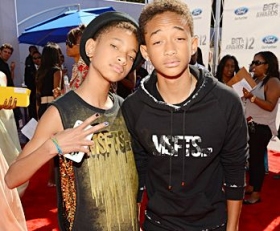 Teen star Willow Smith sings a strong 'Be Yourself/Express Yourself' message in her latest music video in support of her beautiful ballad "I Am Me". Willow got lot of attention last night premiering the clip during the 2012 BET Awards, a clip which shows the 11-year-old raptress roaming around the High Line and Washington Square Park alone. She announced the premiere of the clip once she walked on the red carpet at the Shrine Auditorium in Los Angeles Sunday night, moment when fans started screaming loud.

Through the ballad song, the younger sister of Jaden Smith aims to share her thoughts about finding her identity and how she often deals with criticisms on her choices of outfits. "It's just explaining who I am and what symbolizes me-like me as an energy, me as a person, just cool and rounded," the pint-sized singer once said of her song.

"I Am Me" music video by Willow Smith:

"I Am Me" will likely be included in Willow's upcoming studio effort. However, Jay-Z's Roc Nation has yet to announce when the album will be dropped in the United States.