It's all fun and games too, you dun kno

I tell his mom he's gonna need a slapping

over night stars, they fall apart,

Can't chat shit to the nigga with a scar,

well I'm not Cemar but I see far

further than the bredda with an old free car

talk to me I wanna hear how

you was too grime so you ain't here now

so you wouldn't be a Kano or a Dizzee I'm laughing

you ain't a Kano or Dizzee on the market

people curse me, but I curse back

but I'll be the first to send the verse back

it's so easy to make a mistake

I'm on the rhythm I'm baking a cake

tell a man I don't care I was never ever scared

these man here I have never ever feared

so what go your beard

who cares anyway we're all prepared

A no name spitter will definitely get aired

who's that sitting in my chair

Better get out of there

'Cause not of the charts, they don't matter

mouth that's what I kill it

put me in the race so I win it

you see the game not everyone's ruff

not everyone stuff bout everyone wanna be kind of rude..

you know other me Wiley Wiley

you know the name

you know the game

I'm one sight that I put the name in

and ..is the only way

small argument I don't tuff you

I don't even dime for a search to reflect the studio

roll no for taking the liberty

sayin I'm washed up and just too pretty

..your face is humiliate

he on the chase to get..

I got higher .. how you gonna believe on me

when you never had the ..live on me

I hate going..but I'm doing for the man

you see me I'm doing it for the time

I don't wanna hear things the ..

cost 'cause I'm the king of..let me prove it

the crown of flow well let me move it

back up this option you can't chose it

'cause it's not blood you've been not

you was in the bubble now is been popped

I'll be like what ..say money but I say what

max is hooked but the hook stay..

I could lose the game but I should stay tought

my team start to worry when Im in the hurry

and my flow..couple girl I know I like keep on hundreds

..and I won't pick stop money

is always the real deal so it's not dummy

so many steps I could...for the scene

and its means I ain't going anywhere

soon but I'm sitting back in the place

that already means I could do the ..peace

I'm a long way from done

check me out elevation to run

Uh match out the..to one

one one..too hard to bring

can get one money ain't got hard for your game

everybody taking a music ..I aint' got passing a game

Eskiboy is so funny games too

Thanks to tom g for correcting these lyrics

Thanks to jerry for correcting these lyrics 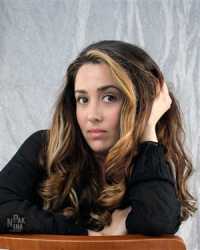