Weezer Drop “Back To The Shack” Autobiographical Song 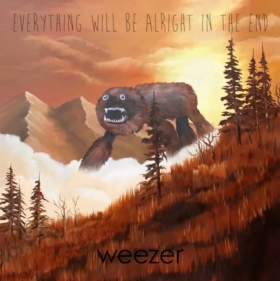 “I had to go and make a few mistakes so I could find out who I am/ I'm letting all of these feelings out even if it means I fail,” confess the Weezer members in their latest released track, “Back To The Shack.”

I don’t know about you, guys, but we must confess that this is the first time that we hear a musician confessing his mistakes in a song. Thus, we must admit that Rivers Cuomo, Patrick Wilson, Brian Bell and Scott Shriner, the four members that make-up the Los Angeles based rock band, are pretty brave.

“Back To The Shack” will be included on the band’s upcoming album, “Everything Will Be Alright,” which is set for release on the 30th of September.