I'm the best ever, I'm the most brutal and vicious

And most ruthless champion there's ever been

There's no one can stop me, there's never been nobody who could -

I'm Sonny Liston, I'm Jack Dempsey, there's no one like me

I'm from their cloth, there's no one who can match me

Praise be to Allah!

Just jewels, no crew heavy, my inside pants lay

Two clubs and a mask, jumping out a green rover

Niggas balling me down, that's when I reached over

Figured they ain't got no matters, young boys round here

They don't know my status

But they don't know, that these blades here crack dudes

Give it to them quick, something like fast food

Take a nigga gun like, you gon' blast who?

You mad, cause you rocking a shit bag, smelling like piss

When it popped, ya click ran, you fucking with powerful men

Come value your business, it ain't all gravy

You pussy niggas, you'se the Avon lady, fuck you

We scuffle, raps and cracks, it's a known hood hustle

Through the bus stop, under the train trussle

Stay on your side, or get your life bubbled

(We tussle, raps and cracks, it's a known hood hustle

Through the bus stop, under the train trussle

Stay on your side, or get your wig knuckled)

Yo, I hit 'em up with the snubs, puff the bigger buds

So sinister, a John Dillinger, yeah, I've been a thug

Smooth talk, watch a moonwalk up in the club

Go get it for sure, that's right, a jitterbug

A minister of death, came back to finish ya

At the tip of the missile, a fish, you been a scud

That's right, it's in my blood, damn, what's in them drugs

They make you spit slugs, leave marks in the floor

If I sell out, yo, I'm copping some more

Get the hell out, or I'm popping the four

Your snotbox is bust, when I cock to the fullest

Consider me pissed off, them swiners better throw in they whole chalk

'Fore I blast the hot shot of Smirnoff

Rhymes contrast to an airplane crash

I precede the aftermath of an acid bath

Take a leap from the highest, and walk home bloody from a riot

And still stay chubby on a diet

Chicken in Michigan, get ya head crushed with a Michellen

It's obvious, the God ain't settling

I dreamt plus I get a rush from a toilet flush

It wasn't us, it was Paul and his brother

Uncle and four cousins, they had to die like the Dirty Dozen

I guzzle punks like 22's, embezzle words and verbs, and interval avenus

It's important to be caution, click of this magnitude is remorsing

We eat the fucking cake without the frosting

Ever since Killah Priest was ordained

I'm bringing back the revely, I had with Beverly

And half of you corn niggas is greener than celery, fuck outta here

My style is impetuous, my defense is impregnable

And I'm just ferocious, I want your heart

Praise be to Allah! 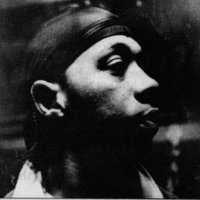