b. Tiffany Darwisch, 2 October 1971, Oklahoma, USA. Pop singer Tiffany, based in California, had immediate success with the release of the US number 1 singles "I Think We're Alone Now" and "Could've Been". Both were included on the artist's 1987 debut album, recorded while she was still only 15 years old. So too was the number 7-peaking "I Saw Him Standing There" (an utterly sexless version of the Beatles "I Saw Her Standing There"), another bubble-gum pop treatment of a well-loved standard. The album was helped by Tiffany's promotional tour of shopping malls - a gambit that pushed her ahead of the similarly gushing Debbie Gibson in US adolescent magazine circles The only hit on the follow-up collection, Hold An Old Friend's Hand, was "All This Time" (number 6), indicating a lessening of her grip on the teen market. By the advent of New Inside, her "mature" album, no-one was interested anymore and her career effectively closed with it. 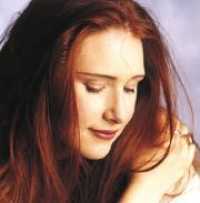