THE WILDHEARTS - FIRE UP lyrics

highway patrol - you've gotta smile with the boys, and a-

how do you know? - because I've licked them together all the time

losing [aggro] - a-changing laws for the times, tell me

how do you know? - they're being laid back a [general over crime]

when I [jap] and I see [class] total controlling, and the rats in the street won't leave me alone

[I've put a-come on] the tiger, 'cos nothing's gonna stop.

how do you know? - well there's a man with a family

[..?] he's looking after the community

how do you know? - he's selling class b and talking 'bout a dream

where do you [talk]? can there be some poor grey bugger?

where do you start? - well keep your Dad worth a-dead or never seen

I'm gonna [jap] and a-seethe, got the power to steal, we'd have a

background chat just to know how it feels

a-book a submarine, and you could hang around in silence until the time you stop a-breathing

well it's a very similar feeling to what you're feeling now

all fire up, pass it up 'til they legalise the demon from the ground

I'm all fired up, and I'm down in the agony of

highway patrol - make up the rules, 'cos the boys got the

power to grow, because the stupid people for it know the rule - yes they do!

but the [jap] and they see [craft] total control, we've gotta drink next time while the [..] hold

so everybody works, if you stickle with the system, and if you miss it like a roundhead

until you're strung out for grounded, and nothing's gonna stop 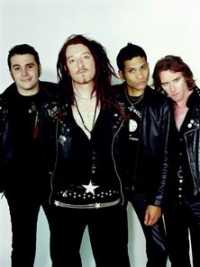