so this gon' be the night..

If we want, what you got, nigga reach for the stars

This is it y'all, everybody ride wit us

I devised a masterplan to take out the counterfitters

I'ma start with the West coast, show em how we rock it

Keep it pumpin through the summer, stuff them chips up in my pocket

Every where you turn CaTash last seen in Baldwin Hills

On the phone makin deals, for X amount of scrill

Nine-nines is mine, it's time to recognize the real

When phase one complete it's fifty states to invade

Catch a flight to A-T-L, link up with Rico Wade

Tash rock material to make your girl jump up

Never touch the mic until the soundman pump the ?? up

There's no way to describe how Tash'll fuck yo' mug up

Movin around from coast to coast, money ain't no joke

Land my feet on solid ground, no time to fuck around

Tash Rules Everything Around You, BREAD, get the money

Cause like PMD said, we gotta take it to length

Cause if you hang with nine broke friends, you're bound to be the 10th

So on the strength of makin dollars, Tash'll touch any scene

Catch a flight to New York City, cause all money is green

bottle, the mass will throttle, what a rollo

I lost my black Movado in that bullshit fight

I got drunk and laughed about it up in Washington Heights

I spent the night in jail off that Hennesey and juice

So lights, camera, action -- you're on

Who stole it? -- I don't know, y'all motherfuckers tell me

I came back and like POOF! everybody's lookin boggled

It only took a sec to get rollo'ed, by Chicago

But everybody know at a Chi-Town show

This time I let it go, but next time I'll have to blast ya

Cause Tash be checkin shows from Alaska to Nebraska

So if somebody ask ya - who the tightest on this?

Tell them niggaz Big Tash, and his homies Tha Liks

This unity in the community night, knahmsayin?

I don't give a fuck where you from, it's party time

East coast West coast Down South we don't give a fuck

We came to get sweaty in this motherfucker

WOO! I wish I could sing like that nigga.. 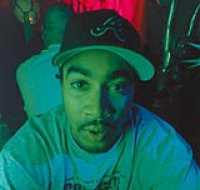