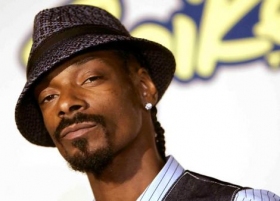 "We'll do it in the daytime/Bill won't know a thing", he raps before a group of dancers dressed in blonde Sookie wigs and her signature Merlotte’s Daisy Dukes.

The lyrics, which demonstrate an impressive understanding of the show, spell out a comically sexual plea for Sookie to do bad things with him. But, it's not just Sookie he’s after: "Bring a friend/Matter fact, bring your best friend/Tara/I've got some real eggs for her to eat".

In 2009, Snoop professed his love for 'True Blood' via his single "Gangsta Luv", rapping: "Everyday is the same thang, I creep in/ It's like 'True Blood', I sink my teeth in/ I gotta have it."

Check out the new video below :