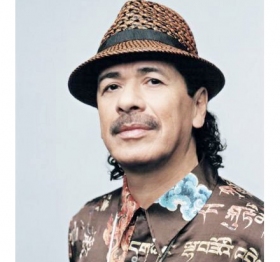 Carlos Santana is sharing screen with India.Arie in a music video for his latest track "While My Guitar Gently Weeps".

"While My Guitar Gently Weeps" is a 1968 song written by George Harrison of The Beatles from the band's double album "The Beatles [White Album]". In covering the classic ballad, Santana also gets help from certified cellist Yo-Yo Ma.

Listing it in his "Guitar Heaven: The Greatest Guitar Classics of All Time" which has just been released in United States on September 21, Carlos Santana already got blessing from Olivia Harrison, the widow of George, for the reworked song.

"It completes the circle really. Carlos is really the one that can close it. Eric Clapton did it, Prince did it [with] that incredible solo at the Rock and Roll Hall of Fame a few years ago," she told Spinner. "What that showed to me was no matter how hard you play the song, it doesn't have limitations. I think Carlos is not trying to blow his horn -- he's trying to play those notes that are appropriate." 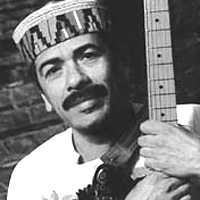