Should've learned by now that I ain't never gonna win

I know the reason, I didn't even ask, I've heard it all from relationships past

Now I'm on my own again

But as you leave, I say there goes another good woman

Should've learned by now, that I can catch Ã¢â‚¬Ëœem, but I can't hold Ã¢â‚¬Ëœem

I take it all with a grain of salt, don't worry darlin' this ain't your fault

Sometimes you just gotta know when to fold Ã¢â‚¬Ëœem

Tonight I'm down at the dancehall, I'm a single man

I'll be laughin', and dancin', and knockin' Ã¢â‚¬Ëœem back, and throwin' caution to the wind

You can search my heart for answers, and what I'm all about

These are my ways, I'll never change, you should've learned by now

I still get down when I think of you

I ran you off like a brown card carryin' fool

There'll be no justifyin', not even worth the tryin'

I'm wrong, we both know it's true

You know I'd change if I really thought it'd work

I hate bein' responsible for someone else's hurt

Like an old broken record, I repeat the same mistakes

The flames go up and another heart gets burned

And I'll turn it all aro-u-n-d

Tonight I'm out at the dance hall, I'm a single man

I'll be laughin', jokin', drinkin' and smokin', cuttin' up with all of my friends

Out in the world, here in this bar, tryin like hell to be a winner

Should've learned by now, that I ain't never gonna win 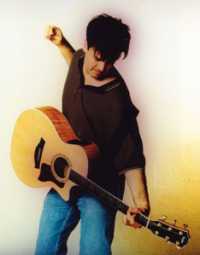