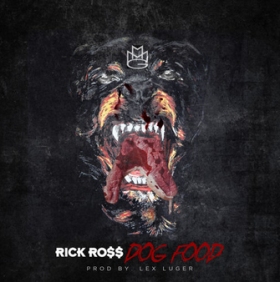 Of course there's Phone Tap, song released via WorldStarHipHop, but in that sea of remixes and one-verse songs, the only full-length songs were Wuzzup and Keep Doin' That. I honestly can't name many full length, all Rick Rozay songs he sung this year. The man's surely chilling on some island, listening to other rappers' songs on his mp3 player, spitting a verse over them, only to immediately proceed at sending the verse to his producer, so he can slam the word (remix) in parenthesis and upload the song on youtube or soundcloud. This is my scenario! And it's a million dollar scenario, don't get me wrong!

But listeners need his 100% implication. That's why we think this freestyle, meticulously delivered over rapidly-recognizable Lex Luger beats, will hook the audience. Go ahead and give it a listen and tell us what you think. Lyrics on the top of the page