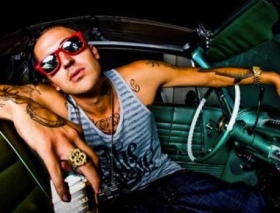 Rappers Rick Ross and Yelawolf have debuted at the same time two music videos in support of their latest singles. The Maybach Music Group's boss, Rick Ross debuted the music video for his track "Yella Diamonds" in which he stars as a real hustler. Directed by Dre Films, the video, the clip tells the story of drug dealer Ross as "El gordito Rozay", while another competing dealer named Jose tries to sell his own narcotics, posed as Yellow Diamonds, which is a major no-go in the underworld. "I'm going to be RICH FOREVER too...so F--- YOU GORDITO!" says Ross' adversary at one point. But Ross ain't intimidated at all, and he gets back his Yella Diamonds.

At the end of the music video for "Yella Diamonds", Rick Ross also previews some shots of a brand new music video and movie for the Untouchable Maybach Music Empire.