Reuben - we're all going home in an ambulance

A school the choices I made were rock and roll bands and getting good grades,

But brains and wearing all black,

to some of those guys,

the taste of anyone's fist is not a good vibe,

or something I've missed.

I was intimidated, assaulted and for what?

I hope they choke.

Shrugged off the shit in my youth like growing up pains and losing a tooth,

But it's not a matter of age.

When I was in New York, a woman tried to start a fight with me because she thought I was Jewish,

and somehow it felt wrong to tell her the truth, that I wasn't

I pray to God she chokes,

You're going home in a fucking ambulance

I once saw a man with blood on his face from beating up black kids,

and I could hardly breathe

Your race, your faith, or just your clothes incite

They drink and they fight...

it's not safe out tonight

your race, your faith, or just your clothes incite

They drink, and they fight

so don't go out tonight, don't!

If your mum and dad hit you as a child

I feel sad for you, but that's no excuse for it

who said its o.k to behave in this way,

For the sake of our own skin we walk away

I wish I had the guts to stand up for myself,

and for others as well,

Thanks to Roisin for these lyrics 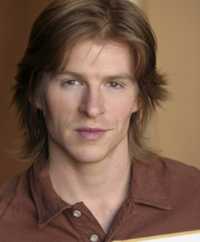