Quicksilver Messenger Service gained wide popularity in the Bay Area and, through their recordings, with psychedelic rock enthusiasts around the globe and several of their albums ranked in the Top 30 of the Billboard Pop charts. Although not as commercially successful as contemporaries Jefferson Airplane and The Grateful Dead, QMS was integral to the beginnings of their genre. With their jazz and classical influences, as well as a strong folk background, the band attempted to create a sound that was individual and innovative. Member Dino Valenti drew heavily on musical influences he picked up during the folk revival of his formative musical years. The style he developed from these sources is evident in Quicksilver Messenger Service's swung rhythms and twanging guitar sounds.

After many years, the band has attempted to reform despite the deaths of several members. Recently, original members Gary Duncan and David Freiberg have been touring as the Quicksilver Messenger Service, using different musicians to back them up.

After leaving Quicksilver in October 1970, Cipollina, Reyes and original member Jim Murray formed Copperhead (which resembled Quicksilver updated for the 1970s) followed by Raven, which resembled Copperhead. In 1974 Cippolina guested with Quicksilver-idolizing Welsh progressive rock group Man, playing with them at their 1974 Winterland concerts and guesting with them on a subsequent UK tour, which resulted in the 1975 live album Maximum Darkness. Cipollina died in 1989, at the age of 45, from emphysema, probably attributable to his heavy cigarette habit. His performances had typically featured a trademark lit cigarette perched on a guitar string stub.

Hopkins continued his career as a studio musician, including playing with Jefferson Airplane at Woodstock. He died in September 1994. Dino Valente died in November 1994.

In the 1980s Gary Duncan resurrected the name and released the albums Peace By Piece in 1986, Shapeshifter Vols. 1 & 2 in 1996, Shapeshifter Vols. 3 & 4, and Strange Trim in 2006, along with several live albums and a website, quicksilvermessengerservice.com. He toured on and off for the next decade or so under names "Gary Duncan's Quicksilver" and "Quicksilver '96".

In 2006, Gary Duncan and David Freiberg launched a 40th-anniversary Quicksilver celebration tour as Quicksilver Messenger Service. They still perform as of 2010, often opening up for Jefferson Starship.

In 2002, there was a Quicksilver tribute band formed called Quicksilver Gold. They performed the music of the Quicksilver Messenger Service and members included Dino Valenti's son, Joli Valenti, as well as John Cippolina's brother, Mario Cippolina, and some members of Zero. This band broke up in 2004.

The band appeared at the Rhythm Festival in August 2008 alongside their musical contemporaries Jefferson Starship. 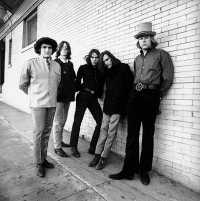