Bought it from an Arab, got robbed three months later on sum dumb shit

Nineteen, stuntin on these niggas like I run shit

I was tryna get it! Huh

Erry single morning took the bus and hit the studio

My nigga I was livin on a mission

Thought I was the greatest, erry minute I would say I need a record deal

Homie yellin 'all ya do is rap rap rap'

Chill wid it, ya just got to deal wid it

Rap bout it homie, ya can get up on the big screen

Know ya got a chance if ya keepin it a hunnid

I just got to do what I do, gain shuttle goin' accordin to the plans I choose

Errybody know what’s best for the boy, how I get the suggestions

Pardon me, but I ain't ask no questions

Got no time for the half ass lessons

Either bring it to the table or get to steppin

Lyrics on deck, I don’t need no weapons

Still treated as a king, I don’t see no peasants

Only homage getting paid is to the OG legends, huh

Need it (need it, muthafucka)

What? Sue a nigga, ain't been threatened by now

Or since I heard food and liquor, it’s VMG till I DIE

Out of errybody here, the question, I don't who deliver?

You the journal ass niggas

Back when I was that broke fuck I’m even talkin bout?

Stay with livin was the resolution for the new years

Momma digging in her savings, tryna keep the lights on

Scared to borrow money from a guy to buy the iPhone

What the fuck am I on, guess I got to write songs

Rap untill the riches fill the pockets of my niggas

Let me paint a better picture

I’m Jigga with the double time

Nas on his Esco, X on a couple lines

Common resurrected, Jadakiss up on his gunlines

Wine beats, 03, gunnin' with the punchlines

Fahrenheit Lupe, I am only dedicated crusade

Long term, niggas only focus on the new wave

Next stretch, and they study x-box

Stunting out on Instagram, shit that ya’ll invest in

Nigga, be yourself and get some self-esteem wid it

Ain't nobody gave me shit, bitch, fuck a hand out

Had to separate myself from erryone, I stand out

Isolated from the ignorance, I had to camp out

In the studio, a hunid niggas threw them bands out

Getting stuck upon the daily, niggas bring in cans out

Hoping G’s go to heaven, where the legends neva die

Selling bitch my legacy, my homie, I would neva cry

Through these lyrics I be giving ya I become immortalised

I cannot fuck with these haters!

If I had a million would not spend a buck on these haters?

Do not put my trust in these haters!

I’m out for the crown, mission impossible

Betta kick ya while ya down

Just know when a prophecy comes to fruition

Homie, the hell is the matter

Chip on my shoulda got fatter

Fuck all that chitter and chatter

Ya do not wanna climb up that ladder

Fuck it, it don’t even matter!

My family need me, we hungry bitch, don’t ya be greedy

Can’t none of these amateurs see me

Ain't shit automatic, I know it and still I get at it

Oh, yeah, dind me straight flexin on my 100 A shit

Time to play the game, I am that damn good

Come and get this work, bitch

Keep slaving erry day, up on a daily work shift

I am legend in the making, verbal ventilation

Been the illest, I can prove it way more than I can say it

So sick of being patient, all of these rappers is basic

All of these rappers is basic, I find it amazing!

This year I planned in advance, my condolences out to yo favorites

I know that I got it, no arrogance, just being honest

It’s time to come clean what I started my nigga

Need it (need it, muthafucka) 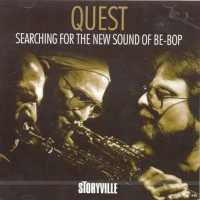