The film is about a sprited teenage girl named Kayley who wants to be a knight of the Round Table in Camelot like her father Sir Lionel, a blind young man named Garrett who wishes only to be left alone, and their quest to find Excalibur. 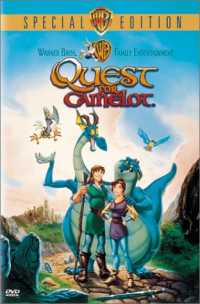