Queen Launched We Will Rock You in US 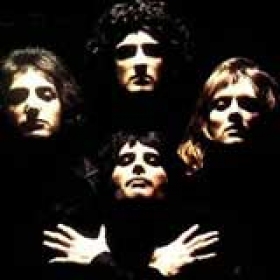 We Will Rock You, a Queen-filled musical that has been a hit in London for 11 years, has launched its first North American tour, this Tuesday.

The show creators Brian May, Roger Taylor and Ben Elton were in Baltimore, MD, at the Hippodrome Theatre on October 15th. The original Queen guitarist, Brian May, also joined the cast on stage by playing during the finale number, “Bohemian Rhapsody”, one of the band’s most famous songs that resembles a mini-opera.

"They don't need me," the 66-year-old guitarist revealed in a phone call from Las Vegas. "It's a cast-iron show. But I've got to be there on opening night, and if I'm there, I would rather participate than just be an uncle to the show. I like to get out there and interact with the cast."
May is just one of the founders who created the "We Will Rock You" show. He and the drummer, Roger Taylor, became interested in the concept thanks to Robert De Niro. They met him at the Venice Film Festival in 1996, and De Niro, whose daughter was a big fan of the band, suggested putting a stage show together using Queen songs.

The show is not a success in London only. "We Will Rock You" has been staged in more than 17 countries around the world including Australia and Russia, reaching a total audience estimated at 16 million. Until now, the only professional presentation of the musical in the United States has been a 2004-2005 run in Las Vegas.

For the US production, Ben Elton has redrafted his original script to resonate with the US audiences and the American culture.

”Apart from addressing the broader social and technological changes I also get the chance to update moments of topical humor,” told Elton.

Tribeca producer, Jane Rosenthal, also declared, “With Ben's updates, it's almost a new show. However, in some ways, it was already ahead of its time when it opened in 2002. The overarching theme is a demand for individualism and intimacy in a world where everything is downloadable.”
“Creating the show with Ben was very much a three-way thing,” says Roger Taylor. “It was great because he was a pleasure to work with and because he has such a fertile mind. He never stops churning out ideas.”

Brian May also added, “The amazing bonus is that Ben's script subtly works as a metaphor too. People definitely come out of the theatre feeling that in a strange way they now know us, Queen, and our struggle, our journey.” 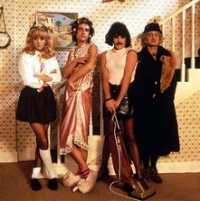