Yo I'm catchin' more wreck drivers than triple A

They should call you Chucky cuz ya lyrics are Child's Play

Try to pray to god that l come back

I run rap, you done clap, so what bitch I done that

I got that, type of ill funk you like the ahhh shit

Step into the cipher turning it into a mosh pit

I rock shit, with the hot shit never stop this

Makin' you bounce like a hot bitch that's topless

Its nonsense bring it to me dirty like a laundry mat

All on my nuts, like I'm a dog and yall fleas

Yall ain't reppin' keys unless they for your Plymouth breeze

So why you gotta front punk, yall ain't off the heez

I'm known to grip microphones and get blown

And blast chromosomes on your girl while you home alone

Never see me stoned, I'm just high on my own

It's amazing at the rate I'm takin'em out

It's just one of the damn days, I'm on a rampage

You get crushed, like you were stuck in the trade center stairways

Been through more hell man than mayonnaise

But then again I think that Hitler was just misunderstood

I don't wanna talk about the clothes and the cars

Don't wanna rhyme about the hoes and the stars

My names Q Strange and I'm rollin' with the squad

And all we're tryin' to do is make ya head nod

You emcees are absent and I got perfect attendance

Like a super intendent I'm just handin' out these detention

To you remedial rappers that need just special attention

I'm blessin' the mic like it was sneezin' and shit

And while you out runnin' game kid, I'm pleasin' ya bitch

I wanna blow up, yo, and just get paid lovely

Hey yo fuck Raymond everybody better love me

It must be nice, to be crazy mad rich

Not the next Eminem, I should've been the first kid

I ain't smart enough to get a hook up wit Dre

But anyways I'ma just be a flowin' emcee

But I couldn't give a shit if I had mad diarrhea

It ain't about shit, but you don't like it, man fuck ya 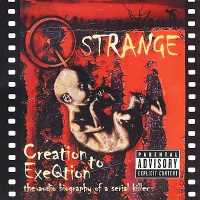