stand up like a man and do exactly as I should

quiet as a kid so I was never understood

when it all fails who you gonna look up to

and I pray one day you'll find yourself a good dude

positive roll model, the opposite of my father

every flight that I bought I said a prayer before it

I'll probably be I got it than better sad

'cause ain't nobody give a fuck about to your dead

every night's the hangover, different bed

waking up with stress bitches in the bed

start it off humble imagine how I'm gonna be next year

and my ex wish she was there she helped it nigga

and when the pill that was real, now I ain't no selfish nigga

when I was drown and I was helpless nigga

This game, the skies they shining

but anything to happen, you'll never gonna know

now a nigga got a bitch I'm ever going broke

say she want percentage off the shit she never roll

ain't anything I'm here to win I can't stand lose us

live life every day like is the week, man

but I'm kind of whip Miami by the beach sand

drive fast, drive fast in my own wrist

you a hater get a line I got a long list,

but I'm got sand carry in this load on me

but I'm cold homie, look at all this goal on me,

and Lew Minati tryin to take my soul from me

but I'm a value so bitch I would never sell

every snitch is don't tell at these fake friends

I got without goal

This game, the skies they shining 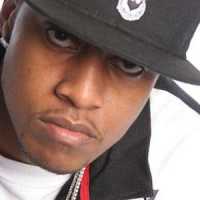