Yo, here's a big story 'bout Boston and cold tea

It was me Dougie P and Jeff we call him Kenney

Left from the Port on the Peter Pan Trailways

Chillin' with Doug's parents for a coupla days

Pat and Dave yeah that was Dougie's folks

Doug asked for the wagon but his dad said nope

We wanted to jet but Dave sparked the barbeque

So we ate up the chicken and then we cut loose

She was off to catch the Boston Pops symphony sound

She said don't forget the subway closes at 12:30

Headed to the bar but I had no I.D.

I had to flirt with the bouncer just to gain entry

Had a few here and we had a few there

Bustin' all that shit in Harvard Square

Damn 12 rolled around and we was feelin' loose

Then the bartender says he's stoppin' sellin' the juice

All the bars here close at 1 am

So it's time to head out back to the suburbs again

But Kenny wouldn't have it he was rarin' to go

So for the after-hours we decided to scope

Asked all the locals where's the place to be

We were real psyched so we hopped the taxi

Spotted our place it was called the Dynasty

Smiled at the waiter, ordered cocktails for 3

We was real bummin' but we needed a snack

So we ordered on up the fancy Pu-Pu Plat

Ate all the grease from that crazy platter

We had no cold tea we was just gettin' fatter!

Damn we had no more money yeah and nowhere to go

It was just us on the street with some bums, some hoes

Then these Boston hicks stumbled onto the street

They was lookin' to do something that was 'neat'

They said we don't know what to do, do you

I said we're not from here, what the fuck is new?

What is up with this Boston town

My butt was real tired I was on the concrete

So I said yo let's go to Park Street

We got in the hicks' car they was drivin' real fast

They was all juiced up, foot was glued to the gas

I thought we were gonna die for sure

So I motioned to my crew, I unlocked the door

And do you have a friend as cute as you, I'd like to fuck her

I said to them yo ya'alls all dorks

Get me on that Peter Pan back to New York!!! 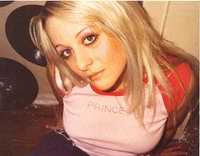